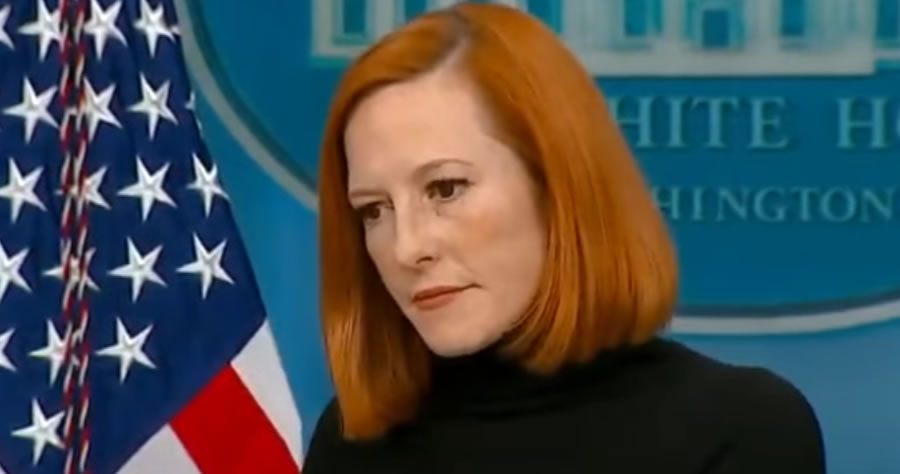 Fox News correspondent Peter Doocy once again put White House press secretary Jen Psaki on the hot seat Monday, asking her if she or the Biden administration would apologize to Border Patrol agents who were unjustly accused of whipping Haitian migrants near the US-Mexico border last year.

“And one additional question about something that happened a few months ago down at the border… We’ve been told that the mounted Border Patrol officers the president accused of whipping migrants have been notified they will not face criminal charges. So, when is the president going to apologize to them?” Doocy asked at a White House press briefing.

“There is a process and an investigation that’s gone to the Department of Homeland Security. I don’t have any update on that,” Psaki deflected.

“The president said that they were whipping people, which would be a criminal offense, and they’ve been told they’re not gonna be criminally charged,” the Fox News reporter added.

“And there was an investigation into that and I’ll let the Department of Homeland Security announce any conclusion of that investigation,” Psaki answered, dodging the question once again.

Why did Psaki refuse to apologize Monday — when asked by Peter Doocy — to the recently vindicated border patrol agents who she and Biden falsely accused of “whipping” migrants?

Hey @PressSec the Border Patrol Agents will NOT be charged with “whipping” illegals. APOLOGIZE PLEASE! You & @POTUS trashed them from the start! 😡😡😡😡😡😡😡😡

“You accused these officers of ‘brutal and inappropriate measures.’ Now that they’ve been told they will not be criminally charged, will you apologize to them?” Doocy pressed.

“And Peter, there was an investigation into their behavior. So, that investigation is playing out. Whenever it’s going to be announced, the Department of Homeland Security will announce that and I’m sure we’ll have a comment on it after that,” she replied, doggedly refusing to answer Doocy’s questions much less apologize.