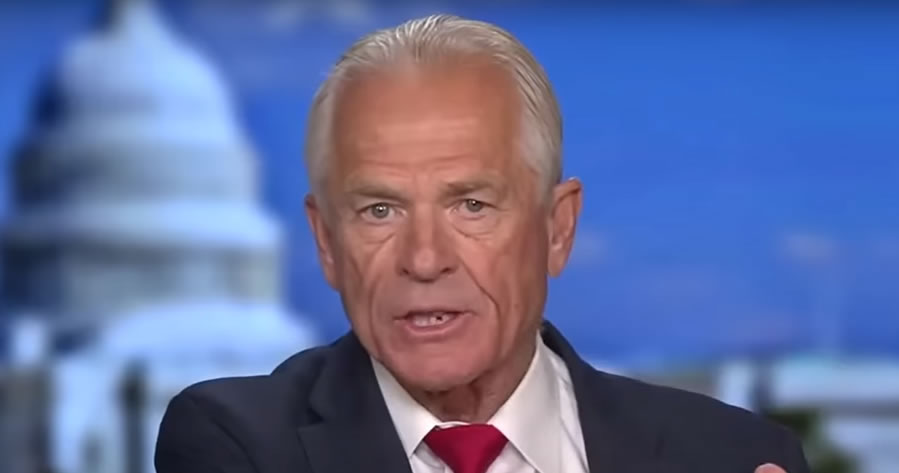 Former White House adviser Peter Navarro claims he is diving into a contentious legal battle without any outside legal representation.

Navarro, 77, urged a judge Wednesday to give him a 45-day extension to give him breathing room to find adequate legal representation and prepare his defense against contempt of Congress charges levied against him last week.

“The prosecution is placing me at a severe disadvantage. I note in this regard that the prosecution is also pushing very hard for a ‘speedy trial’ as part of its strategy to exploit the unrepresented — this issue came up with the magistrate,” Navarro wrote in a letter to U.S. District Court Judge Amit Mehta.

Initially, Navarro signaled that he would represent himself in court because he did not want to spend money on high-powered lawyers.

“I’m representing myself pro se because I do not want to be dragged down into the muck of spending hundreds of thousands of dollars of my retirement savings on this kind of venture,” he told reporters last week.

In the letter, Navarro gave another reason for representing himself — claiming the FBI stymied his bid to consult a lawyer before his arraignment last week. The former White House adviser was arrested by FBI agents at Ronald Reagan Washington National Airport last Thursday while gearing up for a trip to Nashville.

“I remind the court here that upon my arrest, the FBI agent in charge refused to allow me to contact an attorney for legal advice prior to appearing before the magistrate despite repeated requests and then tried to cover his tracks by providing a public defender a mere three minutes before the hearing was scheduled to begin. This put me at a very severe disadvantage at the outset,” he said.

“Clearly, the prosecution’s strategy is to take advantage of an individual without adequate representation,” he wrote.

Navarro also highlighted the timing of the arrest. Three days earlier, he slapped both the House committee investigating the Jan. 6 Capitol riot and a federal prosecutor with a lawsuit challenging the pair from pursuing subpoena requests against him. His lawsuit revealed that Matthew Graves, the U.S. attorney for the District of Columbia, had secured a subpoena request from a grand jury seeking information about his participation in efforts to swing the 2020 election.

“My very freedom here is at stake, and I ask for the court’s understanding that it will take time both to find the appropriate representation and time to develop an appropriate legal strategy,” he said. “Finally, I note that this arrest occurred a mere three days after I filed a civil suit seeking to enjoin the U.S. Attorney from doing exactly what they did.”