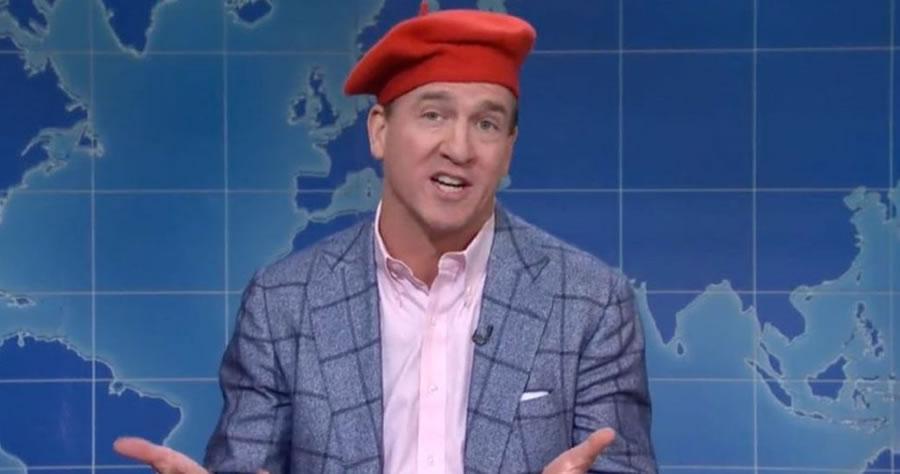 Peyton Manning was hilarious during an appearance on “Saturday Night Live.”

Peyton Manning is honestly so damn funny. The man was a superstar quarterback, but he might just be better on TV in general.
“SNL” feels like it hasn’t been funny in years, and Manning just strolled right in and crushed it.

We get a "Go Bills" at the end of this clip of Peyton Manning saying he didn't watch any playoff football last weekend. 😒 https://t.co/xtVvx4ajhz