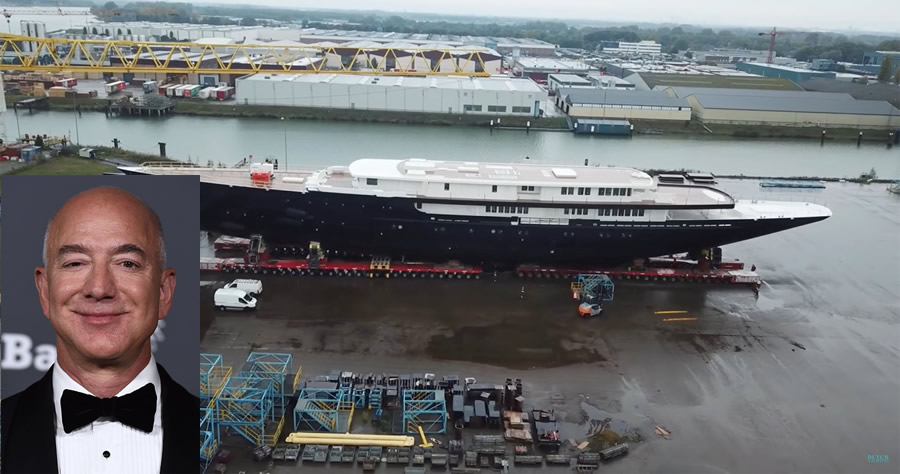 A Dutch city has agreed to spend weeks taking down a historic bridge so Jeff Bezos’ new gigantic superyacht can reach the open seas this summer.

The Amazon founder’s 417-foot-long, three-masted ship that cost’s roughly $500 million is under construction in the Netherlands, but the pleasure boat will be too tall to pass under Rotterdam’s landmark Koningshaven Bridge, which has a 130-foot clearance, according to the NL Times, which cited Dutch-language outlet Rijnmond.

As a work-around, the megabillionaire and the boatmaker Oceano reportedly asked Rotterdam officials to temporarily dismantle the iconic bridge, and pledged to reimburse the city for expenses.

Taking apart and reassembling the middle section of the bridge known locally as “De Hef” was expected to take more than two weeks, the paper said. Rotterdam officials touted Bezos’ pet project as a revenue generator.

“From an economic perspective and maintaining employment, the municipality considers this a very important project,” municipal project leader Marcel Walravens reportedly said. “In addition, Rotterdam has also been declared the maritime capital of Europe. Shipbuilding and activity within that sector are therefore an important pillar of the municipality.”