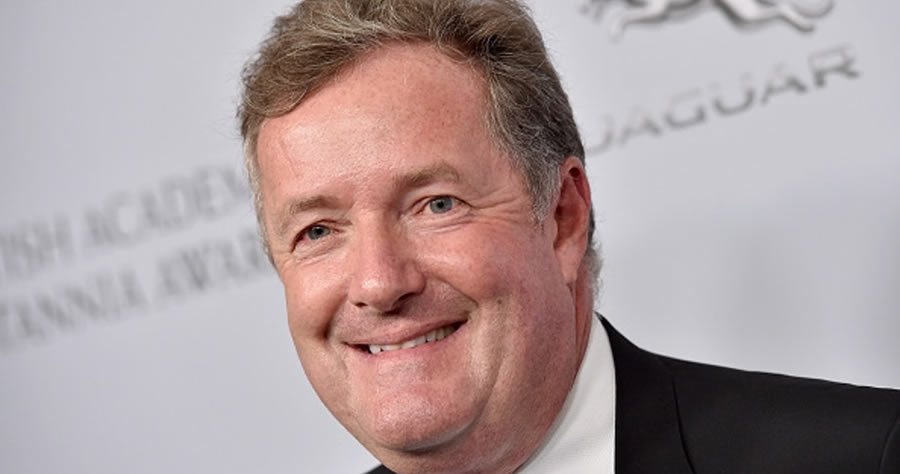 After being forced out of “Good Morning Britain,” television host Piers Morgan has not backed down from his intense criticism of Meghan Markle and Prince Harry following their interview with Oprah Winfrey in early March.

Speaking with Tucker Carlson on “Tucker Carlson Today,” Morgan said he still does not believe Meghan Markle’s claims against the Royal Family, most specifically, her charges of racism.

As for the claims that Markle felt suicidal during her time with the Royal Family, Morgan said that “it’s not for me to say that she felt suicidal; that’s not for me to know.” However, he did doubt that the Royal Family institution ignored her pleas for help. He was pointed in his criticism of her charge that a high-ranking member of the family raised concerns about Markle’s son Archie’s skin color and demanded she name the culprit.

“I don’t believe almost anything that comes out of her mouth and I think the damage she’s done to the British monarchy and to the Queen at a time when Prince Philip is lying in hospital is enormous and frankly contemptible.

“If I have to fall on my sword for expressing an honestly held opinion about Meghan Markle and that diatribe of bilge that she came out with in that interview, so be it.”

During his interview with Tucker Carlson, Piers reiterated his stance on Meghan Markle and Prince Harry’s explosive claims again the Royal Family.

“17 different claims by the pair of them have now been proven to be completely untrue or massively exaggerated or unprovable. 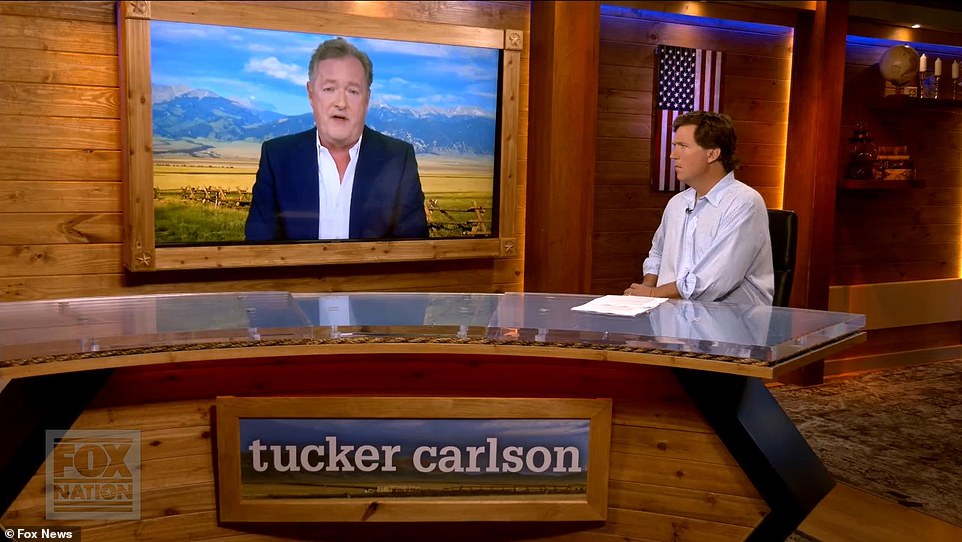 Morgan sat down for his own tell-all with Fox News host Tucker Carlson aired Monday, where renewed his fierce criticisms of Harry and Meghan and railed against the ‘woke cancel culture mob’ that drove him to quit Good Morning Britain last month

Morgan’s key points in his interview with Carlson included: 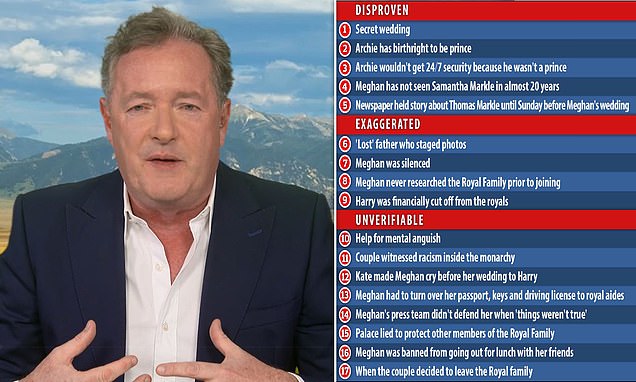