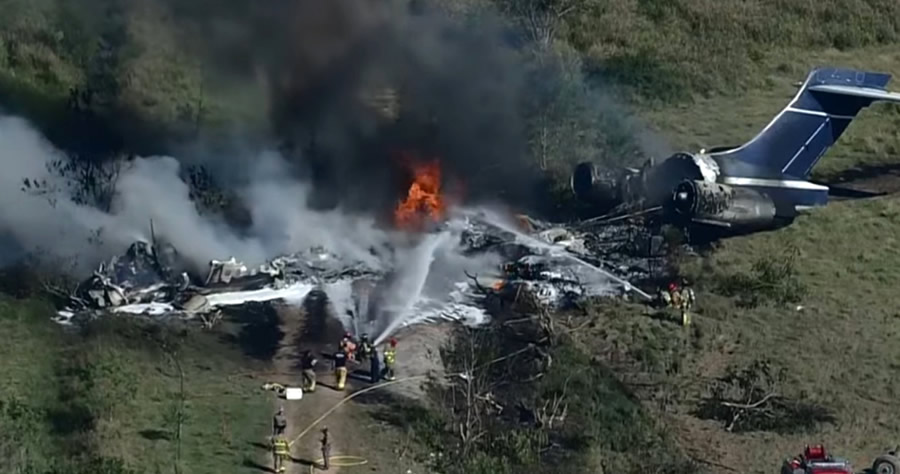 A passenger jet with 21 people aboard crashed Tuesday while attempting to take off from a Houston airport – but, miraculously, only one person was reported injured.

The twin-engine MD-87 rolled through a fence and erupted into flames in a field at Houston Executive Airport in Brookshire, about 28 miles from the city, about 10 a.m., Federal Aviation Administration spokeswoman Elizabeth Cory told The Post.

“Preliminary information indicates that 21 people were aboard and that all of them evacuated safely,” she said in an email.

Video broadcast by KPRC-TV from a chopper showed the gutted fuselage on fire, with the tail section and two engines all that remained intact after the crash.

The person who was hurt was reportedly a passenger who complained of back pain.