Police union blasts Democrats: Most cops ‘don’t believe that Joe Biden is on their side’ 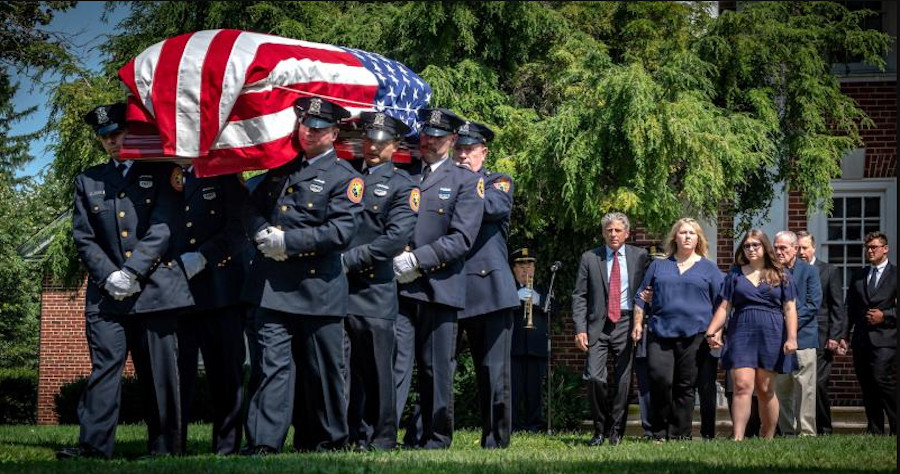 Democratic policies are responsible for the national surge in crime and deadly ambushes of officers, a top police union official said, warning that frequent release of violent offenders and new restrictions on law enforcement are certain to make matters worse.

“I would say that most police officers don’t believe that Joe Biden is on their side,” Fraternal Order of Police National Vice President Joe Gamaldi told the “Just the News, Not Noise” TV show on Wednesday.

He criticized Democratic policies from the national stage down to the local level for harming and hampering officers.

“Just when I think that they can’t coddle criminals any more than they do, they come out with a policy like this. Just when I think they can’t neuter our ability to enforce the law, they come out with something like this,” Gamaldi said, adding that it sends a clear message to criminals “that all you have to do is run from the police and we’re not going to chase you.”

Gamaldi explained that the criminal justice policies in blue-ran cities ultimately harm minority communities the most.

“When you have these people pushing these horrific policies, they don’t give a damn about the community. It’s agenda over people,” he told editor-in-chief John Solomon and co-host Amanda Head.

He blasted the cities with record-murder rates, New York, Atlanta, Washington D.C., and Philadelphia. Line-of-duty police officer deaths hit a record high in 2021, with ambush-style attacks up 115% from 2020.

Gamaldi specifically singled out Los Angeles, where District Attorney George Gascon came under fire recently after two officers were ambushed and slain in broad daylight by a man who was out on probation for felony firearm possession.

“Our communities are fed up. They’re pissed off. They want safe streets,” Gamaldi said, stressing that citizens will hold soft-on-crime politicians “accountable at the ballot box,” shown by how Gascon is currently facing a recall.

Morgan, who served under both the Trump and Obama administrations, told the “John Solomon Reports” podcast on Wednesday that he is not just concerned about the Biden administration’s “wide open” border policies empowering criminal drug cartels.

Ex-Trump border chief: By end of Biden’s term, ‘US will encounter about 8-10M illegal aliens,’ most released or gotten away

“My worry is is the next terrorist attack is already here being planned in the United States,” he said.

Although a record number of migrants are being encountered at the border, more than 800,000 migrants this year would be considered “gotaways” who evaded Border Patrol capture.

Morgan is concerned that potential terrorists snuck over the border as one of the “gotaways.”

“This administration is lying to the American people, and they’re hiding the truth, reality and fact,” Morgan said, slamming the Biden administration for not being transparent about problems at the border.

South Carolina Republican Rep. Ralph Norman, whose state lost a  sheriff’s deputy in an ambush last week, issued a similar warning about crime and the border.

“We don’t know who’s coming in. It’s a tragedy. It’s an assault on America. And I see it. It’s not letting up,” he told “Just the News, Not Noise” on Thursday. Norman said Biden’s border policies are about Democrat efforts to “try to get votes.”

“The tragedy is that half of us do see it coming. We have experience with this,” he told “Just the News, Not Noise.”

“The cartels are absolutely fueling and providing opportunity for terrorism to come into the country,” Morgan said. “They want disruption because they gain more control the more they can disrupt at the border and into the interior of the United States.”

Tolman also accused the Department of Justice and the FBI of abandoning decades of political neutrality to pursue Democrat enemies at the expense of common sense and justice.

Tolman said he is currently seeing “some of the most inconsistent” and “hypocritical decision making” in his 25 years involved in the criminal justice system.

“There was a time when it was really frowned upon for anyone in [the] main Justice [Department] to take a position that was political,” Tolman reflected, explaining that now, “The gloves have come off, and we see their true colors. And I never thought I’d be saying that about the Department of Justice.”

Tolman also sees problems with Democratic influence on the Justice system nationally. His father was a police officer in Los Angeles, and Tolman said he knows that if his father were alive today, “he’d be shocked to see how the left has really turned its back on law enforcement.”

He noted, “We’ve developed policies that have sent a message that certain crime is okay.”

When progressive prosecutors claim to be reforming the criminal justice system, Tolman said, “It’s not really reform. What it is is incompetence, and it is neglect, and bad decision making and exercising their prosecutorial discretion inappropriately.”