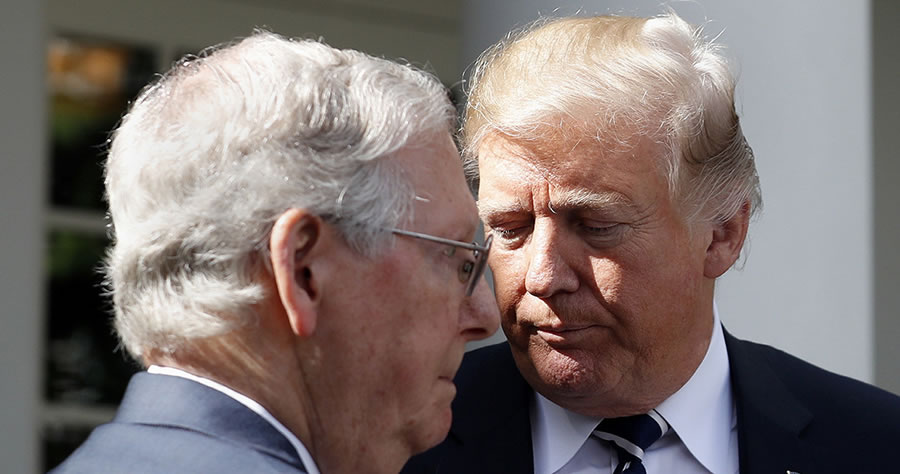 Trump’s overwhelming popularity compared to McConnell’s comes as the two spar over midterm races. McConnell has supported many of the candidates that Trump has opposed, including Democrat-allied Rep. Liz Cheney (R-WY) and Sen. Lisa Murkowski (R-AK).

Harriet Hageman, opponent of Liz Cheney, and Kelly Tshibaka, opponent of Murkowski, are endorsed and funded by Trump in a GOP proxy war. The competitive midterm races indicate just how weak McConnell has become in the Republican Party. Both Cheney and Murkowski are fighting for their political lives after actively opposing Trump during his presidency.

While Trump enjoys huge approval ratings among Republicans, the same cannot be said of McConnell. Axios’s Jonathan Swan asked McConnell during an interview on Thursday why Republicans hate him. “Why do they hate you?” he asked.

McConnell responded by suggesting his approval rating is so low because he is a great leader. “My job is not to run up political popularity nationally,” McConnell answered.

A December Gallup poll found 52 percent of Republicans disapproved of the job McConnell is doing as a leader. In comparison, Donald Trump’s favorability rating is much better than every national political figure and notably greater than McConnell’s.

McConnell’s failing GOP popularity is a reflection of his leadership.

Under McConnell’s tenure, the national debt has risen by nearly $20 billion, illegal immigration has continued, and real wages for American workers have not grown since the 1970s. Obamacare was enacted in 2010, big banks were bailed out in 2008, and social media companies have silenced individuals without repercussions.