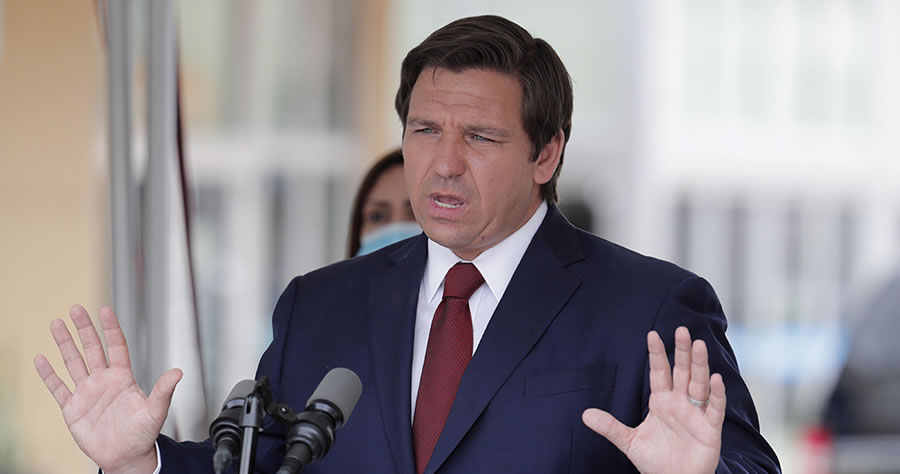 The majority of Americans approve of Florida’s Parental Rights in Education law — misreported by the left-wing media and activists as the “Don’t Say Gay” bill — according to a poll publicized by the Editorial Board at the Wall Street Journal.

That includes 55 percent of Democrats and 53 percent Americans who voted for Joe Biden.

The bill that Gov. Ron DeSantis signed into law, which does mention “gay” in its text, prohibits classroom instruction on sexual orientation or gender identity in Florida public schools in kindergarten through third grade.

“When Americans are presented with the actual language of the new Florida law, it wins support by more than a two-to-one margin,” Public Opinion Strategies said about its poll.

“The current narrative around the ‘don’t say gay’ law… seems to be another example of how much the media and CEOs are out of touch with the public.”https://t.co/SHRrcXzzFl

The Journal oped said, in part:

No poll is dispositive, and the surveys aren’t unanimous. Ipsos asked Americans in mid-March if they agreed with barring “classroom lessons about sexual orientation or gender identity in elementary school.” It found 62% opposed. Perhaps the public has since learned more about Florida’s law, or maybe people distinguish between K-3 and “elementary school.”

“The way that Florida implements the legislation also could change minds. But so far the polling is mixed at worst. The current narrative around the ‘don’t say gay’ law—that it’s needless cruelty to children, inflicted by Republican troglodytes—seems to be another example of how much the media and CEOs are out of touch with the public,” the Journal concluded.