Pollster Frank Luntz: ‘We Are 13 Days Away from an Absolute Explosion on Inflation’ [VIDEO] 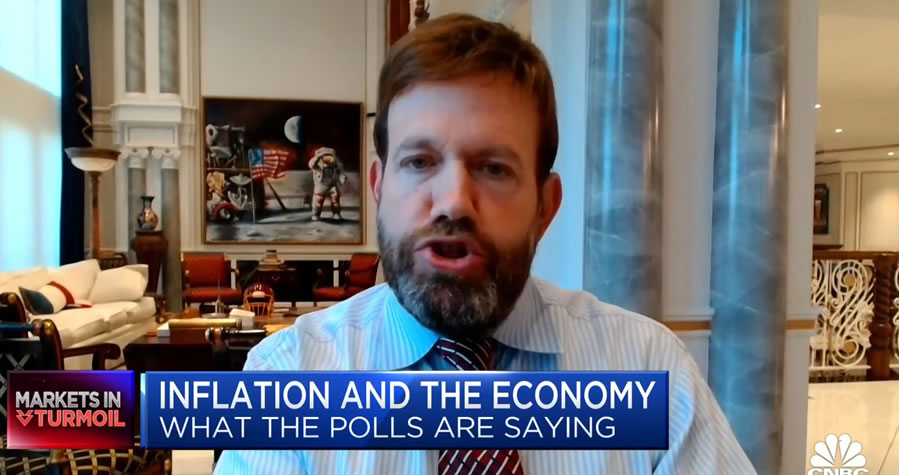 According to Luntz, “we are 13 days away from an absolute explosion on inflation” because people are going to realize just how expensive groceries and gas have become.

“[T]he tragedy is that we’ve tried to explain this to the Biden administration because they are the ones who need to know, and they’ve refused the presentation,” Luntz lamented. “So, on your show, I’m going to tell you what I would have told them if they had only listened. We are 13 days away from an absolute explosion on inflation. There are three holidays, there are three moments when Americans take to the roads, and when Americans buy more food than at any other time of the year: Christmas, Thanksgiving and the Fourth of July weekend. And everyone is going to be filling up their car 13 days from now, and they can’t put $40 or $50 in their tank — they actually have to fill it up, and that’s when the explosion hits.”

“They can’t just buy 80% of what they want,” he continued. “They have to fill those shopping carts for the barbecues and the cookouts. And 13 days from now, the American people are going to come face-to-face with these higher prices and face-to-face with the fact that they can’t afford it. You have to go back to 2009, 13 years ago, to find the time when these economic numbers are as bad as they are today, and the difference is that back then, it affected roughly 60% of the population. Now, with inflation, no matter who you are, no matter where you live, no matter how much you make, you are impacted by it. And that impact will be felt shortly.”