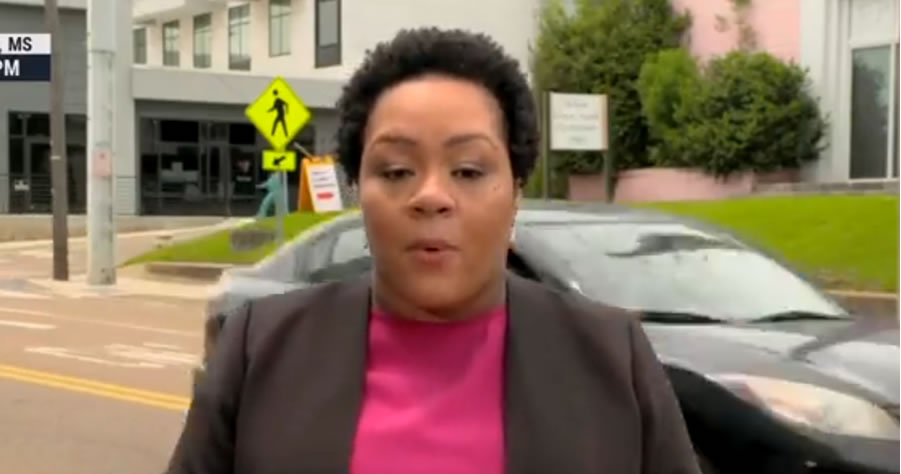 First, a confession: We’d thought White House correspondent Yamiche Alcindor had left PBS News for NBC News, but apparently, she has a deal where she does both? There must really be a need for the “context” she always slips into her straight news stories.

It’s not news that that leaked Supreme Court decision draft on Roe v. Wade has her worried. We reported earlier that NBC News had set her up in front of an abortion clinic in Jackson, Mississippi, where women told her they felt “gutted,” “devastated,” and “like someone has died.” But listen as she reports for NBC that poor women and women of color will be hurt the most as they won’t be able to afford to fly to “abortion sanctuaries” like California and New York to have their pregnancies terminated — pregnancies “that will then turn into children.” In all honestly, that’s about the level of argument that went into the Roe v. Wade decision.

Doesn’t Planned Parenthood have a couple of bucks it could put in for airfare so those abortions could take place like they want?

Yamiche Alcindor is worried that "women who are poor, women of color…will be forced to have pregnancies that they cannot afford to terminate, and pregnancies that will then turn into children." pic.twitter.com/oqhd1vD11y

The insane dual presupposition, used by nearly all abortion fanatics, is that (1) birth control does not exist, and that (2) sex does not have as one of its natural possibilities the creation of a child. https://t.co/m2B0lE5iKM

“Forced to have pregnancies” – another meaningless absurd phrase