Prayers Answered: ‘All hostages are out alive and safe.’ – Subject Dead 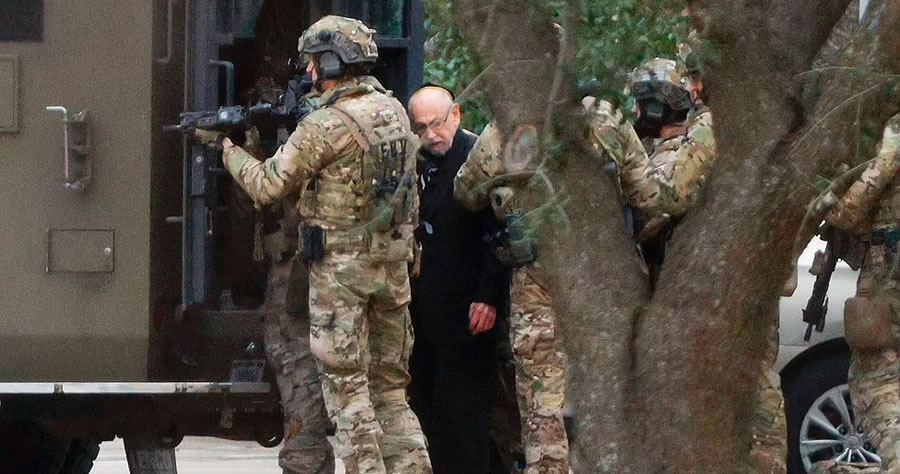 All hostages were rescued at Beth Israel Synagogue in Colleyville, Texas, where authorities said an armed man had them trapped for roughly half the day on Saturday, according to Gov. Greg Abbott.

The governor announced the rescue, which involved roughly 60 to 70 officials from Washington, D.C., after reporters on the scene said they heard a loud explosion. The four “unharmed” hostages, all of whom are adults, are “not in need of medical attention,” officials said at a press conference at 10:15 p.m. local time.

“Prayers answered. All hostages are out alive and safe,” Abbott said in a tweet.

The subject, whom investigators believe was “singularly focused on one issue” that was “not specifically related to the Jewish community,” is now dead, an official said at the press conference. The subject’s identity will not be released as his motive continues to be investigated, officials said.

All hostages are out alive and safe.

Video from Dallas TV station WFAA shows people running out a door of the synagogue, and then a man holding a gun opening the same door just seconds later, before he turns around and closes the door. Moments later, several rounds of gunfire can be heard, followed by the sound of an explosion.

FBI and police spokeswomen declined to answer questions about who shot the man.

DeSarno said the hostage taker was specifically focused on an issue not directly connected to the Jewish community, and there was no immediate indication that the man was part of any broader plan. But DeSarno said the agency’s investigation “will have global reach.”

It wasn’t clear why the attacker chose the synagogue.

Law enforcement officials who were not authorized to discuss the ongoing investigation and spoke to the AP on the condition of anonymity earlier said that the hostage-taker demanded the release of Aafia Siddiqui, a Pakistani neuroscientist suspected of having ties to al-Qaida. He also said he wanted to be able to speak with her, according to the officials. Siddiqui is in federal prison in Texas.

Hostage taker runs after the hostages, and goes back inside. Shortly after, police storm https://t.co/E6ekwu4nSX