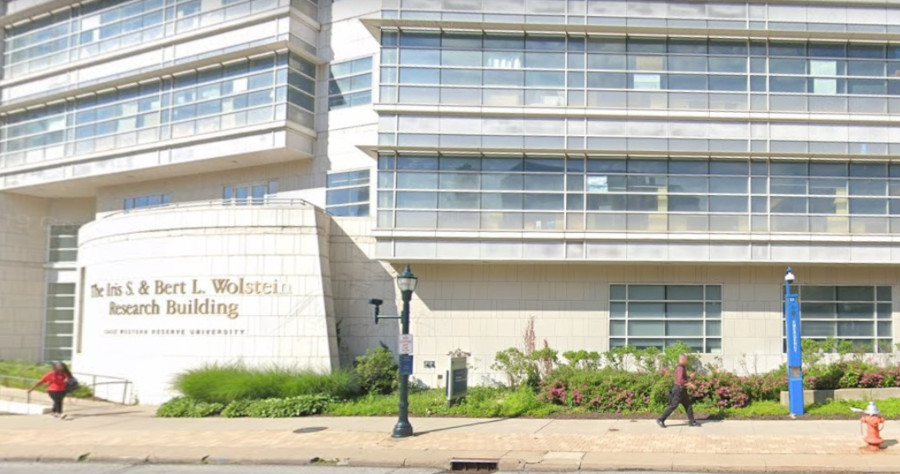 Challenging COVID-19 conventional wisdom has given some scientists their first meaningful interactions with journalists — and left them wary of the fourth estate, they told Hillsdale College’s Academy for Science and Freedom conference in D.C. last week.

Catherine Stein, an infectious disease epidemiologist at Ohio’s Case Western Reserve University, anonymously criticized the state’s COVID policy and personally contacted state lawmakers to share her skepticism, particularly on mask efficacy. “What blew my mind was the fear-mongering in the media,” she said.

A public records request unmasked Stein, and an Ohio political journal dubbed her a “COVID-19 truther.” At that point she decided “I’m done being shy about this,” and given her Christian faith, Stein wrote a post for a Christian website, which invited more scrutiny.

“On all of these issues we have no idea what the majority of scientists think,” UCSF epidemiologist says. “We should have had hundreds or even thousands” of debates at this point in pandemic.

A well-published scholar who had recently been promoted to full professor, Stein said her National Institutes of Health funding was threatened, her department had secret meetings about her, and colleagues stopped attending meetings she ran.

The university allegedly broached the possibility of taking away her students through a “mentor-separation process.” Her tenure protected her, but the chilling message to junior faculty was clear, Stein said.

CWRU responded to Just the News but didn’t answer questions.

Subject-matter experts have been effectively silenced for disagreeing with “whatever was predetermined by the media to be right,” according to University of California Davis physician resident Tracy Beth Hoeg.

She said her interview with Nature promoting school reopening got her kicked out of a Facebook group for epidemiologists. Facebook hid her posts on post-vaccination myocarditis in young men, even though Hoeg was citing “the CDC’s own slides,” she said. Critics asked UC-Davis to rein in Hoeg, who is untenured.

Particularly galling was that NPR did a lengthy “preinterview” with Hoeg but replaced her with a pro-mask pediatrician in the broadcast segment. “I couldn’t listen to it, I was just so angry,” she said.

Though the CDC published her study finding minimal “in-school spread” of COVID, Hoeg speculated that the agency simply liked the original title, “Mask up,” and ignored the data. (She previously rebutted Secretary of Education Miguel Cardona’s claim that masks were responsible.)

Secretary Cardona, I was the senior author of this study. Our study is not able to give any information about the role masks played in the observed low in-school transmission rates. We had no control group so don’t know if the rate would have been different without masks.

Hoeg said the CDC passed on her myocarditis study, claiming she didn’t find anything new. So did the New England Journal of Medicine (NEJM). The European Journal of Clinical Investigation published the study last month, an unusually long eight months after she started shopping it, according to Hoeg. (The controversial Danish mask study had a similar publishing lag.)

“In academia we want people who are controversial,” and cancelation campaigns against doctors such as D.C. internist Lucy McBride, a doxxing target, threaten the debate crucial to medicine, Hoeg said.

The right-leaning Stanford Review has struggled to get essay contributions from premed students with heterodox COVID views, who fear blacklisting from med schools and prestigious fellowships, editor Neelay Trivedi said. It’s better for their career to publish in NEJM about structural racism in medicine.

Former Harvard Medical School epidemiologist Martin Kulldorff, coauthor of the anti-lockdown Great Barrington Declaration, said he’s been far more impressed by journalists outside the U.S. and U.K., who have asked him “really tough” but fair questions.

Scott Atlas, President Trump’s former COVID advisor and senior fellow at Stanford’s Hoover Institution, said the BBC canceled an interview he organized with Kulldorff and his coauthors because it wasn’t balanced with pro-lockdown scientists.

Atlas cited “surreal” arguments with The Hill about his proposed headline, “What Dr. Fauci Should Have Said,” for an essay about the director of the National Institute of Allergy and Infectious Diseases. The editor reportedly feared that social media would throttle the article with that headline.

University of California San Francisco epidemiologist Vinay Prasad said he has a paper under review about the views expressed by Facebook’s contracted fact-checkers on social media before they were tasked with reviewing disputed claims.

The fear of digital mobs has deterred many scientists from speaking about mask and vaccine mandates, Prasad believes. “On all of these issues we have no idea what the majority of scientists think,” when at this point in the pandemic “we should have had hundreds or even thousands” of debates, he said. Prasad singled out Stanford for not organizing a debate between Atlas and his vocal campus critics.

Former New York Times science columnist John Tierney said his own article got labeled “partly false” by a fact-checker because he cited a controversial German mask study. The political left dominates censorship because it seeks to expand government power, he said.

Mainstream media are compromised by funding sources such as the federal government’s advertising outlays for COVID vaccines and the Gates Foundation, which provides grants for ideologically motivated “solutions journalism,” mRNA vaccine pioneer-turned-critic Robert Malone said. The feds now treat COVID dissent as a national security issue, under the banner of “Mis-, Dis-, and Malinformation.”

“A lot of this relates to money and expediency,” with current and hopeful grant recipients believing they must echo the CDC rather than do potentially contrary research, said Matt Memoli, director of NIH’s Laboratory of Infectious Diseases Clinical Studies Unit. A vaccine efficacy researcher, he said he’s been accused of promoting “hesitancy” by citing CDC data.

Cardiologist Peter McCullough, formerly vice chief of internal medicine at Baylor University Medical Center, said the rise of non-peer reviewed research during COVID has provided “opportunity for misadventure in the media.” He now skips past the abstract straight to the data tables to verify if the conclusion matches the data.

Protecting hospital capacity is the justification for COVID mitigation policies, but few hospitals were actually measuring the metric when they started adding capacity in response to government incentives, McCullough said. By definition, “the emergency phase is over.”

He has become disillusioned about the “group hopelessness” expressed by the media and academia when it comes to COVID treatment. “No one has a sense that we can bring the public through” the pandemic even with vaccines.