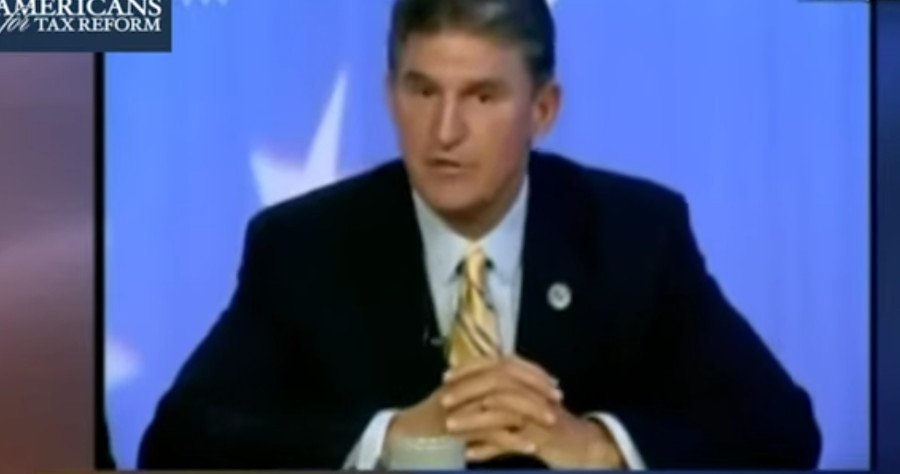 Moderate Sen. Joe Manchin, D-W.Va., has been a reasoned voice on government spending and taxation, but he made headlines this week by backing the potential $1 trillion tax increase of a reworked Build Back Better plan.

Americans for Tax Reform noted the heel turn by Manchin, if not hypocrisy.

“I don’t think during a time of recession you mess with any of the taxes,” Manchin said in a video montage from his past remarks during a nationally televised Senate debate Oct. 18, 2010.

“I can’t look the people in West Virginia in the eye and ask them to pay a penny more until I know we’re running this government efficient.”

While the U.S. is not in a recession now, inflation continues to rise as President Joe Biden continues to push trillions more in spending through his Build Back Better agenda that was scuttled by Manchin in late December.

Now, Manchin is talking about supporting a reworked version of Biden’s spending agenda.

“Manchin ran for Senate vowing to never support a tax hike until the government was running efficiently,” Americans for Tax Reform President Grover Norquist wrote in a rebuke. “Everything must now be hunky dory as he just announced he wants a $1 trillion tax hike on Americans.

“Doing his best Austin Powers imitation, Manchin just looked into the camera and demanded a $1 trillion tax hike. We know how expensive a liberal Democrat can be. How expensive is a ‘moderate’ Democrat? Manchin just told us.”