President Biden’s Putin speech in Poland is a catastrophe 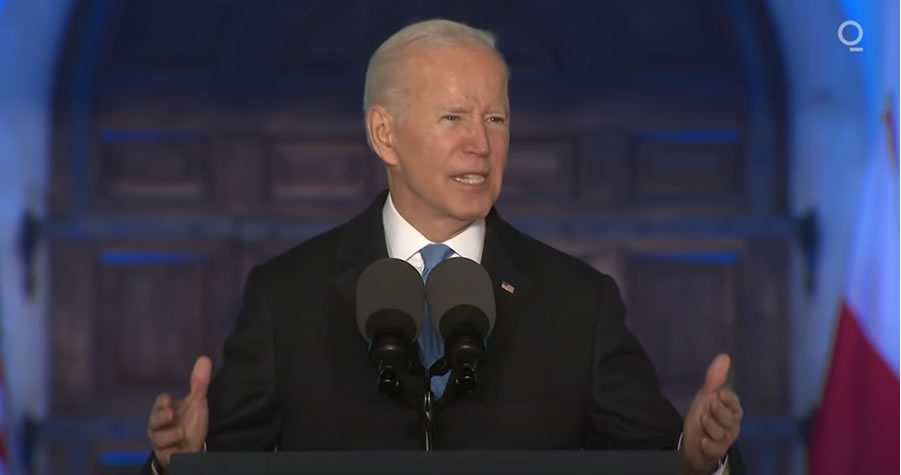 He came, he saw, he confused.

Joe Biden’s call-to-arms speech in Poland was long on soaring rhetoric about the virtues of democracy but woefully short on what more the West will do to help Ukraine defeat the Russian invasion. But by the time he got to the finish, most of that was forgotten.

What mattered most and what will be remembered for a long time was a single line the president of the United States said about the president of Russia: “For God’s sake, this man cannot remain in power.”

In the context of the speech and the slaughter of Ukrainian civilians, it’s impossible to understand that line as anything other than a call for regime change, a move that would dramatically raise the stakes with Russia at a time when Biden has been at pains to lower them.

It also raises the question of whether toppling Putin, a subject never before mentioned by the White House, is suddenly the new policy of the United States and NATO.

Shortly after the speech, a Biden aide told pool reporters that “the president’s point was that Putin cannot be allowed to exercise power over his neighbors or the region. He was not discussing Putin’s power in Russia, or regime change.”

Unbelievable. So what Biden so clearly said is not at all what he meant.

How in the hell can a line like that, so explicit that it could potentially lead to World War III, get into a presidential address if the plain meaning wasn’t the intent? Even if the speech writers screwed up, didn’t anybody in the White House, State Department or Pentagon read the final draft?

Was it Russian disinformation, like Hunter Biden’s emails? Or maybe the dramatic line just walked into the speech by itself?

Then again, maybe it wasn’t in there at all. Maybe the idea just popped into Biden’s addled brain and he added it on the fly.

However the White House eventually explains itself, it won’t be good enough. Not by a long shot.

This was at least the fourth time on the three-day trip that something Biden said had to be walked back, cleaned up, clarified or refuted.

No, there will not be food shortages in America, despite what he suggested.

No, American troops in Poland are not headed to Ukraine, despite what Biden told them.