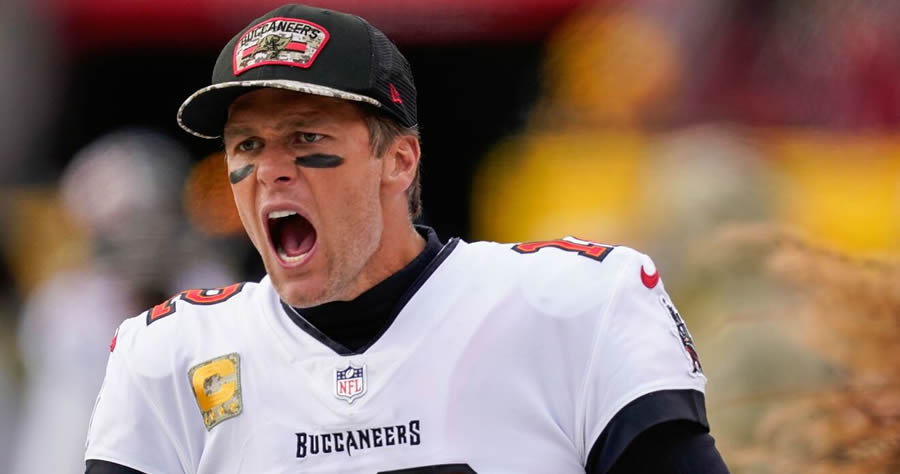 Never has an apparent, expletive-filled outburst been as heavily dissected as Tom Brady’s.

Before the Saints officially shut out the Buccaneers on Sunday, Brady appeared to yell “Go f—k yourself” at Dennis Allen, New Orleans’ defensive coordinator who stepped in for head coach Sean Payton after his COVID-19 diagnosis. The 44-year-old quarterback said Monday on his “Let’s Go!” podcast that the exchange with Allen was simply the result of being “in the heat of the moment.”

“We were just exchanging pleasantries,” Brady said. “It was a nice night in Tampa. We were wonderfully in the heat of the moment expressing, I wouldn’t say pleasantries, but we were very competitive in that moment, it was emotional. It’s just football players being football players.”

During Sunday’s NFC South matchup, a number of Brady’s top weapons went down with injuries, including receiver Chris Godwin, who is now out for the season with a torn ACL. Brady also threw an interception late in the fourth quarter and took his frustrations out on a tablet on the Buccaneers’ sideline.

“Injuries are a totally separate emotion, obviously, yeah I was pretty pissed. I broke the tablet. I threw it, I didn’t want to throw an interception with that tablet so I made sure it hit the ground,” Brady said. “No chance of that one being used after I got a hold of that tablet.”

Tom Brady went over and said something to the Saints sideline… Lol pic.twitter.com/Yym1JBoVLX