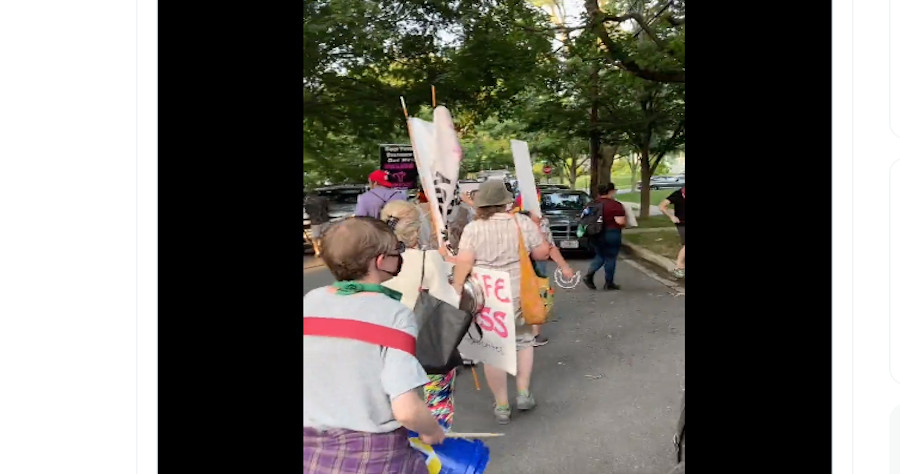 Innocent people continue to be caught in the crosshairs of the abortion debate as radical, pro-abortion leftists have fire-bombed religious centers and Crisis Pregnancy Centers, and terrorized innocent people who are worshipping at their churches.

The reign of terror hit a fever peak earlier this month when a protester attempted to break in to Justice Kavanaugh’s house and murder him and his family in the midst of a pro-abortion protest.

Even after the wanton display of violence that sent shockwaves through the nation, the protesters have refused to leave Kavanaugh’s neighborhood or even temper their rhetoric.

Today, FOX News released a report of an anonymous neighbor of Justice Kavanaugh who detailed the aggressive, vile behavior of protesters who have been outside of the Justice’s home for weeks now.

The protesters are sometimes there all hours of the night and hurl epithets are Kavanaugh and his neighbors, including saying ‘F— you, F— your family’.

The protestors are looping around Kavanaugh’s block. pic.twitter.com/8sdcWUm5AO

A neighbor of Supreme Court Justice Brett Kavanaugh says the pro-choice protesters who have marched multiple times a week down their street in the evening have shaken up residents’ homes and disrupted their lives – as they detailed the alleged abuse received by neighbors from protesters, while saying authorities have done little to help them.

The protestors are looping around Kavanaugh’s block. pic.twitter.com/8sdcWUm5AO

The neighbor, who spoke to Fox News Digital on condition of anonymity, said that while there had been intermittent protests before, they picked up after the leak of the draft court opinion that would overturn the Roe v Wade abortion ruling.

The neighbor said that it was overwhelmingly people from outside the area who were organizing the protests, not people from the area – and specified how it was both a regular occurrence, and organized.

“They are people who come from out of the area. They have a staging point in a parking lot fairly nearby,” the source said.