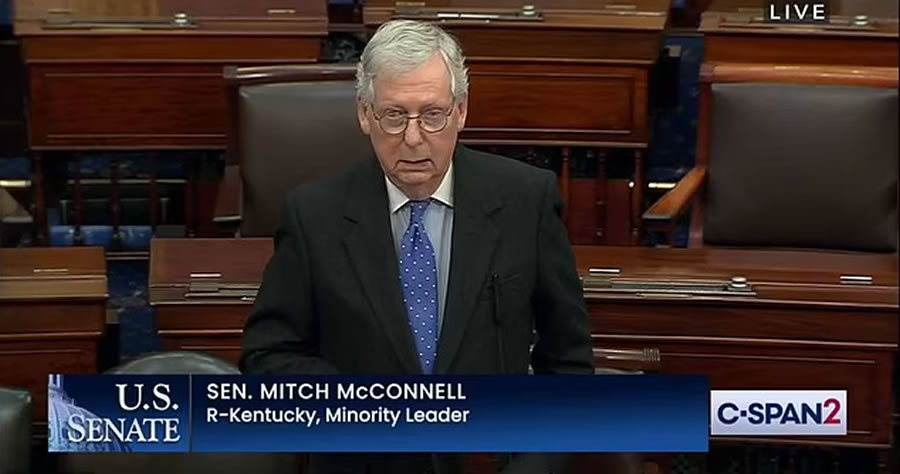 “Look, I have known, liked, and personally respected Joe Biden for many years,” McConnell said. “I did not recognize the man at the podium yesterday.”

In a speech in Atlanta on Tuesday, Biden called on the Senate to pass voting rights legislation, endorsing ending or at least curtailing the filibuster to do so. The filibuster requires 60 Senate votes, rather than a simple majority of 51, to pass most legislation.

“The filibuster has been used to generate compromise in the past and promote some bipartisanship,” Biden said. “But it’s also been used to obstruct — including and especially obstruct civil rights and voting rights.”

In the speech, Biden asked Republicans if they want to be “on the side of Dr. King or George Wallace?”

McConnell on Wednesday argued that opposing the elimination of the filibuster should not be characterized by the president as akin to being on the side of Confederate or segregationist figures.

“He compared a bipartisan majority of senators to literal traitors,” McConnell said. “How profoundly unpresidential.”

McConnell argued that voting rights are not in peril, adding that Georgia has more early voting days than Biden’s home state of Delaware. Delaware will begin to permit early voting this year.

“Sen. Biden was right about the filibuster, and President Biden is wrong,” McConnell argued, noting Biden’s previous support for the rule.

Biden and McConnell were Senate colleagues from 1985-2009 and worked together during Biden’s eight years as vice president, ending in 2017.

McConnell notably bypassed the Senate’s 60-vote threshold to confirm three of then-President Donald Trump’s Supreme Court nominees with a simple majority after his predecessor, Harry Reid, made a rule change to confirm some of then-President Barack Obama’s nominations for other posts. Reid lay in state in the Capitol on Wednesday.