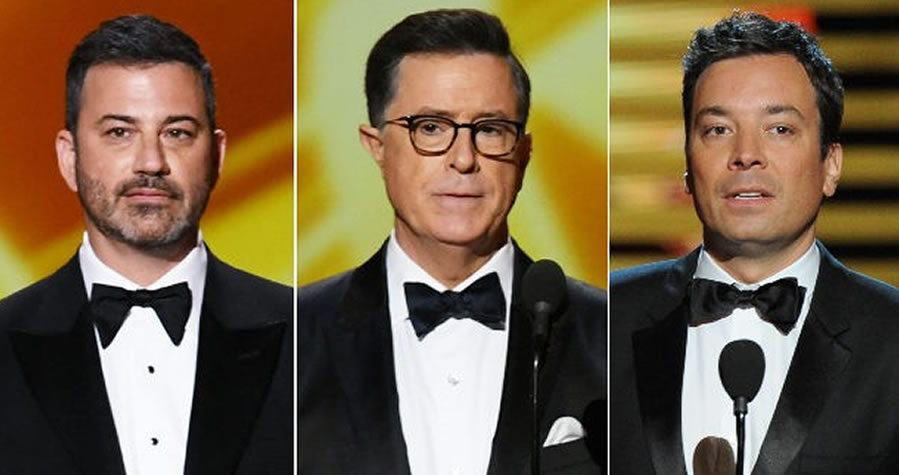 In a sign of their declining popularity, late-night comedians Jimmy Kimmel, Stephen Colbert, and Jimmy Fallon have seen their ratings plummet for more than four months straight, as viewers in the coveted 18-49 year old demographic are tuning out consistently compared to last year, according to data reviewed by Breitbart News.

For last week, the three major late-night shows experienced a 19 percent drop from last year in their average weekly viewership in the 18-49 demographic. These declines tend to be between 10 percent and 20 percent every week as far back as mid July, though some weeks saw even bigger drops. The week ending October 10 saw a 28 percent drop from the same week last year.

The across-the-board ratings decline signals trouble for the three major networks as they continue to use their late-night shows to push a radical left-wing agenda while demonizing conservatives.