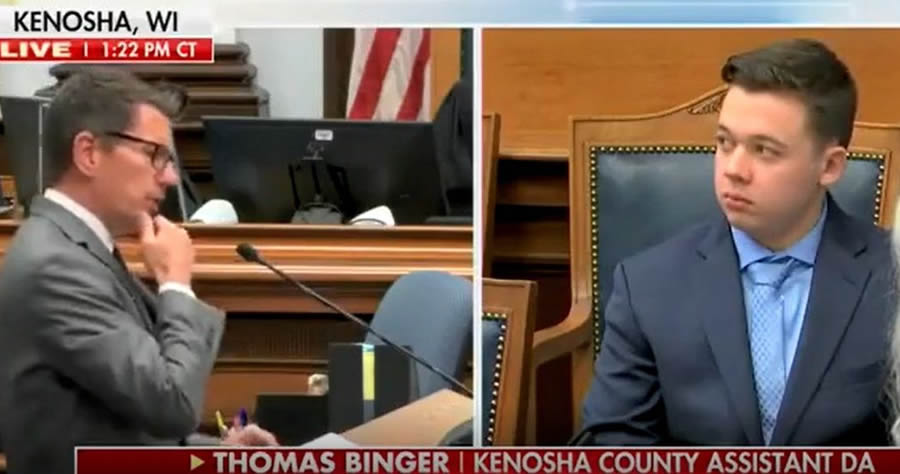 Lead prosecutor in the Kyle Rittenhouse trial Thomas Binger claimed Monday that Rittenhouse fired into a crowd “full of heroes” that were simply trying to stop Rittenhouse, who was allegedly an active-shooter threat.

“We don’t have time in the moment to go back and take a look at the body and replay the video and make a decision before going after the person with a gun,” Binger said during closing arguments, referring to the group of individuals that chased Rittenhouse down the street after he fatally shot Joseph Rosenbaum.

“We’ve had several police officers testify that an active shooter situation, their first instinct, their first training, is to go in and stop the threat. They don’t sit there and wonder ‘well, maybe it was self-defense, I don’t know, I’m going to wait and see.’ And everyday we read about heroes that stop active shooters. That’s what was going on here. And that crowd was right. And that crowd was full of heroes. And that crowd did something that, honestly, I’m not sure if I would’ve had the courage to do.”

Binger also claimed during closing arguments that Rittenhouse lost “the right to self-defense” when he shot Rosenbaum, because he was “the one who brought the gun.” He also claimed Rittenhouse provoked the situation.

Binger describes the mob in Kenosha that was burning the city as a “crowd full of heroes” who tried to stop an “active shooter” in Kyle Rittenhouse.