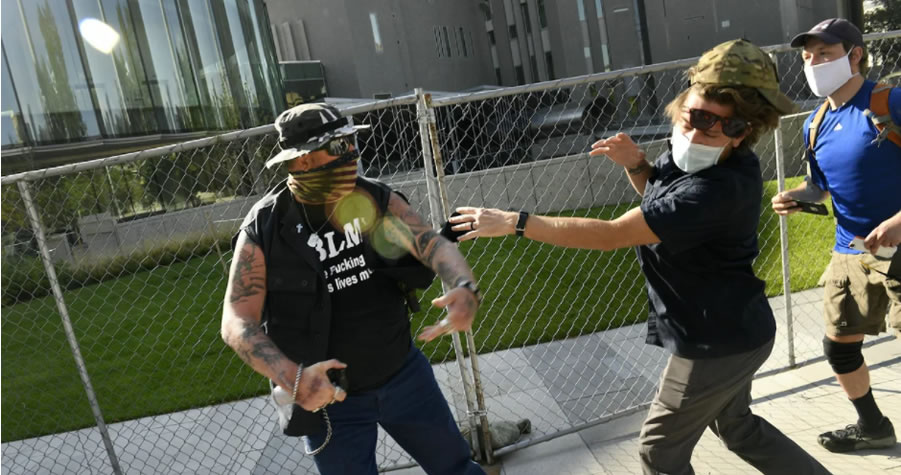 Prosecutors will drop murder charges against an unlicensed security guard who shot and killed a protester at a “Patriot Rally” in Denver, Colorado.

Matthew Robert Dolloff was charged with second degree murder after he killed with 49-year-old Lee Keltner. The Oct. 2020 shooting was caught on video from the rally.

“In line with our ethical obligations, we cannot overcome the legal justifications of self-defense or defense of others. We are not able to prove guilt beyond a reasonable doubt,” said the office of the district attorney.

Dolloff was working as an unlicensed private security guard for KUSA-TV during the contentious protest and BLM-Antifa counterprotest when he got into an altercation with Keltner. Video shows Keltner hitting him in the head, after which Dolloff pulls his weapon and shoots once as Keltner sprayed him with pepper spray.