Protesters Show Up Outside Homes of Supreme Court Justices 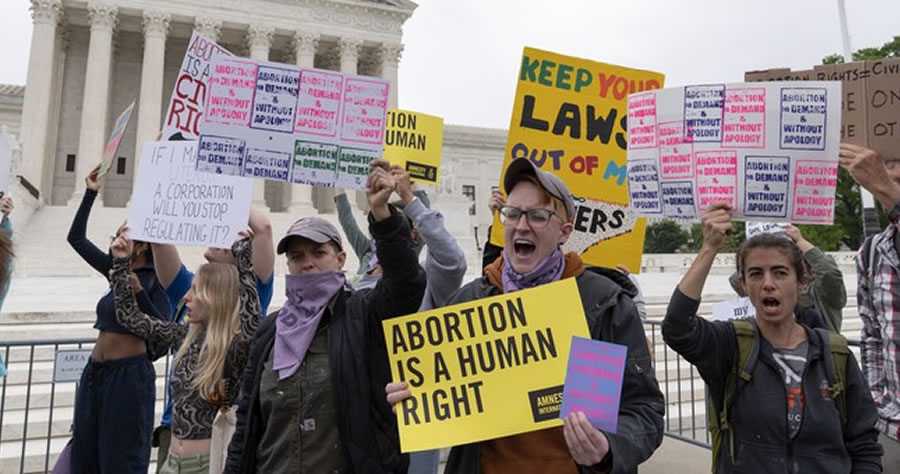 On Saturday, footage was released of pro-abortion activists protesting outside the homes of U.S. Supreme Court Chief Justice John Roberts and Justice Brett Kavanaugh. Such protests fulfill a promise from earlier in the week, after the draft opinion from Justice Samuel Alito overturning Roe v. Wade was leaked.

Douglas Blair of The Daily Signal tweeted throughout the day tweeted photos and video clips of such protesters, noting shortly before 8:30pm that many protesters ultimately left after the police showed up. At one point though, he had tweeted that protesters were arguing with police, who said arrests might start happening.

The energy is markedly more negative outside Kavanaugh’s house. The anger has become much more palpable than outside any other justices’ house. pic.twitter.com/zY2OY34hcA

At 8:20pm, Blair had also tweeted footage of protesters at Justice Kavanaugh’s house, noting an “energy” that was “negative” and “anger.”

Mary Margaret Olohan, with The Daily Wire, also tweeted footage, noting about 50-100 protesters were there.

Strong police presence here. They tell me maybe 50-100 people showed up and marched to both Kavanaugh’s and Robert’s homes. Not clear whether Justice Kavanaugh and his family are home but the lights are all on. pic.twitter.com/e7meSrImT3