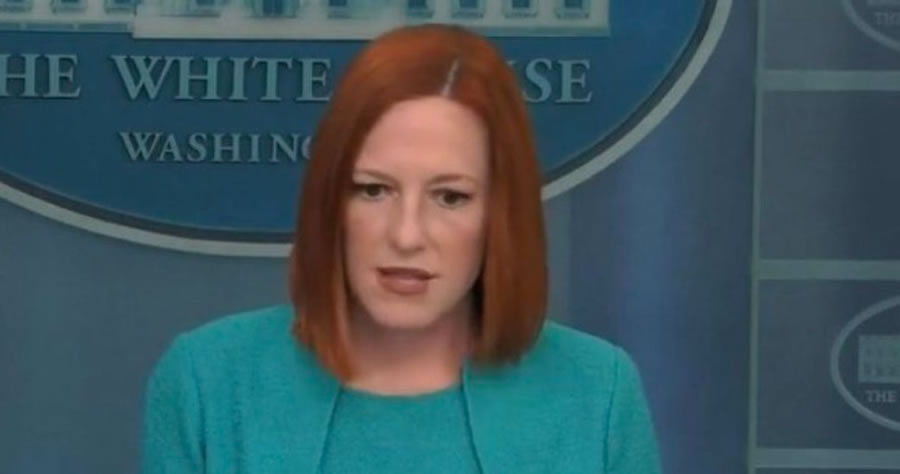 A White House reporter pointed White House press secretary Jen Psaki on Monday to a law prohibiting protests outside of private residences as protesters demonstrated outside of the homes of Supreme Court justices.

Psaki previously said the White House supports the right to peacefully protest when Fox News White House correspondent Peter Doocy asked whether the administration condemns the demonstrations being held outside the justices’ homes with the intention of influencing their decision on Roe v. Wade.

“You suggested that peacefully protesting outside the homes of judges and Supreme Court justices is part of freedom of expression and part of what we do in the United States, but there’s a law in particular that actually prohibits protest outside private residences even when done peacefully,” he said during Monday’s press briefing. “I’m wondering if any sort of demonstrations outside of private homes might be run against that law and other laws like it.”

“We’re certainly not suggesting anyone break any laws,” Psaki replied. “I would note that the president’s view has long been, and I tweeted this earlier this morning and repeated and made a number of these comments last week as well, that violence, threats and intimidation have no place in political discourse. Yes, we are a country that promotes democracy and we certainly allow for peaceful protest in a range of places in the country. No one should violate the law, no one is suggesting that. And it should never resort to violence, to threats, to intimidation in any way, shape or form.”