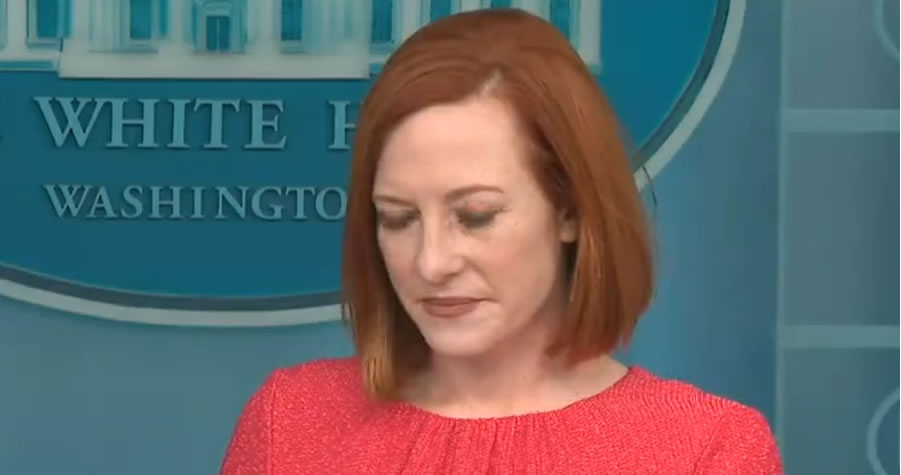 White House press secretary Jen Psaki on Tuesday claimed that the spike in violence against Asians in the United States was due to “hate-filled rhetoric” about the origins of the coronavirus pandemic, a baseless claim that has been promoted by the Chinese Communist Party.

“We’ve seen this rise, unfortunately, because of hate-filled rhetoric and language around the origins of the pandemic,” Psaki said from the briefing room in response to a question on the 339 percent increase in anti-Asian hate crimes since President Joe Biden took office last January.

Psaki is not the first to push the unsubstantiated link between speculation about how the coronavirus emerged in Wuhan, China, and violence toward Asians. Allegations of that unfounded link grew to a fever pitch last spring and were trumpeted during #StopAsianHate rallies across the country. A Wall Street Journal investigation found, however, that the driving force behind the rallying call was a network of fake social media accounts driven by the Chinese government as it pushed to undermine the plausible “lab-leak” theory.

The accounts called on Americans to show up for protests against anti-Asian discrimination, encouraging New Yorkers to “fight back” against theories that the COVID-19 virus was the product of a Chinese lab in Wuhan.

The effort was amplified by English-language Chinese propaganda outlets such as China Daily. In April, the state-run paper highlighted that “protesters denouncing racism against Asians have again filled the streets in Manhattan as New York sees some of the most sustained agitation in the United States for a stronger response to hate crimes that have become more frequent during the coronavirus pandemic.” China’s Global Times that same month wrote that “racism runs deep in the heart of quite a few Americans” and linked the uptick in violence to making China the “scapegoat” for the coronavirus.

There is little to no evidence that resentment over China’s role in the coronavirus pandemic is responsible for the surge in violence against Asians. The two most recent incidents of violent crime against Asians, both in New York City, were committed by criminals with violent rap sheets that stretch long before the pandemic.

Christina Lee, an Asian woman, was stabbed to death in her Chinatown apartment building in New York last week by Assamad Nash, who had 27 prior criminal counts. Prosecutors called it a “sexually motivated” crime. The stabbing came just weeks after the murder of another Asian woman, Michelle Alyssa Go, who was pushed in front of a train by a disturbed homeless man with prior arrests.

The surge in attacks also came after the election of President Joe Biden, who has declined to pin blame on the Chinese for the coronavirus. Psaki said Biden remains focused on taking action to stop violence against Asians.

The White House did not respond to a request for comment on Psaki’s remark and the Chinese propaganda effort.