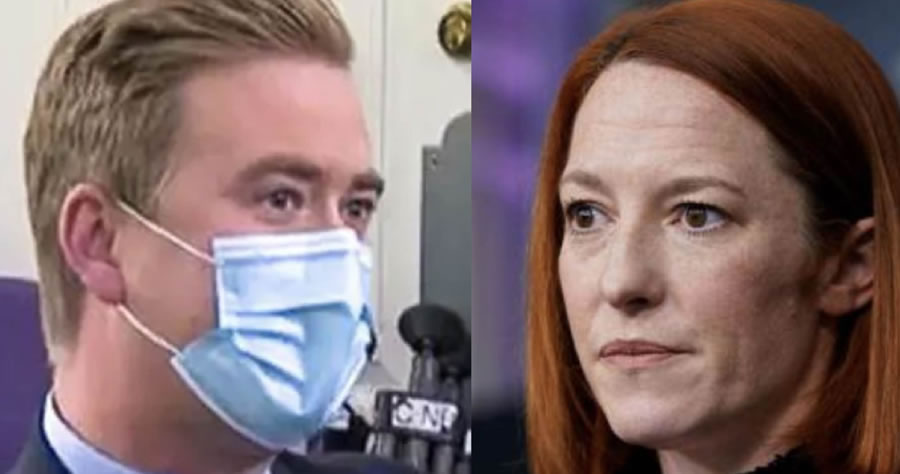 A government watchdog is calling for an ethics investigation into White House press secretary Jen Psaki after she publicly criticized Fox News ahead of her expected departure for competing network MSNBC.

Last week, Psaki was asked during an appearance on the “Pod Save America” podcast whether Fox News White House correspondent Peter Doocy “is a stupid son of a b—h” or if he “just plays one on TV,” a reference to President Joe Biden’s hot-mic moment from earlier this year in which he said Doocy was a “stupid son of a b—h.”

Responding to the question on the podcast, Psaki said, “[Doocy] works for a network that provides people with questions that, nothing personal to any individual including Peter Doocy, but might make anyone sound like a stupid son of a b—h.”

Now, the watchdog group Protect the Public’s Trust is asking the Office of Government Ethics and the Department of Justice to launch an investigation into Psaki over her comments, given that she is reportedly planning to soon leave her current position for a media role with MSNBC.

In a Tuesday letter to White House council Dana Remus, U.S. Office of Government Ethics director Emery Rounds and Public Integrity Section of the Department of Justice chief Corey Amundson, the watchdog said that it believes it to be “imperative that high level officials such as Ms. Psaki comply fully with their ethical obligations while seeking non-federal employment.”

“Recent events have given reason to doubt that this is happening,” Protect the People’s Trust director Michael Chamberlain wrote in the letter, which was obtained by Townhall. “For example, on April 14, 2022, Ms. Psaki engaged in an apparent misuse of her official position when she publicly disparaged Fox News, a competitor of her reported future employer. Moreover, Ms. Psaki has continued to brief reporters from the White House podium, including reporters from networks she has reportedly been negotiating with, without any apparent restrictions, creating a potential conflict of interest.”