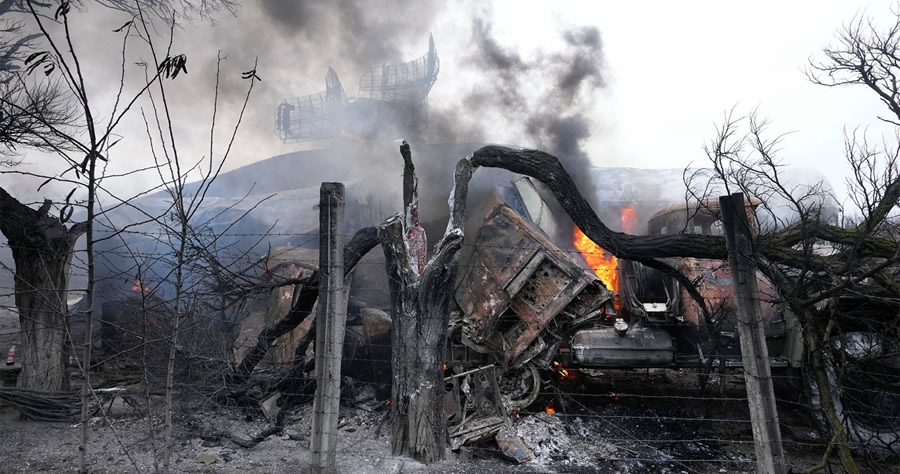 The death toll continued to mount in the hours after Russian President Vladimir Putin declared war on Wednesday night and launched airstrikes, ending weeks of diplomatic stalemate and plunging Eastern Europe into a nightmare of violence and bloodshed not seen since the darkest days of World War II.

More than 40 people in Ukraine were killed and several dozen injured after missiles strikes were launched, said Aleksey Arestovich, adviser to the head of the country’s presidential office.

Ukraine’s military said six Russian planes and one helicopter were shot down amid ongoing aerial assault. The military also said four Russian tanks were destroyed and 50 troops were killed.

Putin claimed Russia was undertaking a “special military operation” to demilitarize and “denazify” the country under the guise Russia was defending itself.