Putin ‘is given three years to live by doctors’ due to his ‘rapidly progressing cancer’, FSB spy claims 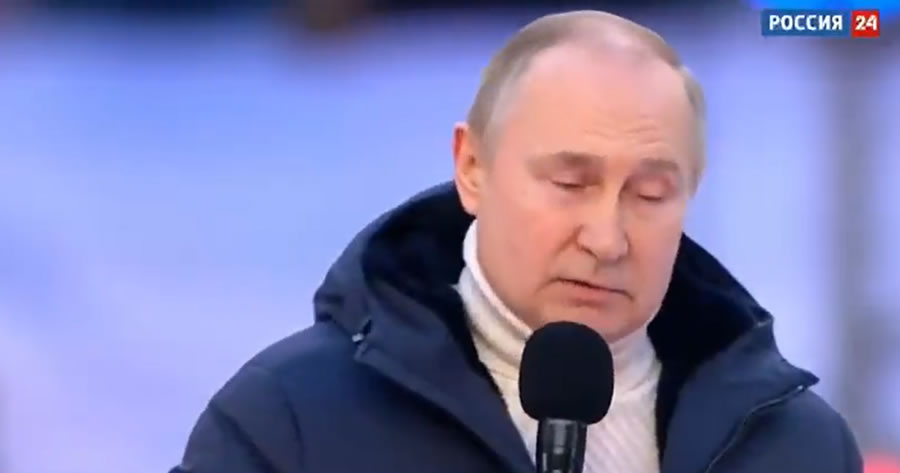 Vladimir Putin has reportedly been given warned he has just three to years to live as Russian intelligence sources become increasingly worried about their ailing leader.

An FSB officer described the Russian president’s condition as a ‘severe form of rapidly progressing cancer’, as speculation ramped up that Putin was suffering with some form of serious illness amid the invasion of Ukraine.

The spy explained the wartime leader has ‘no more than two to three years’ left and he is also losing his sight, reports the Mirror.

News of the Russian leader’s terminal illness emerged as part of a secret message from the Russian agent to fugitive and former FSB agent Boris Karpichkov.

The message warned Putin is refusing to wear glasses over fears it would admit a form of weakness, and he is now lashing out at his subordinates with ‘uncontrolled fury’.

The developments come as news of his deteriorating health continues to leak out of Russia from a Telegram channel which claims to have sources inside the Kremlin.

Putin reportedly underwent ‘successful’ cancer surgery this month and is recovering following advice from medics that treatment was ‘essential’, according to Telegram channel General SVR.

The news emerged just hours before Putin appeared on state TV meeting with ally Alexander Lukashenko in Sochi, when he was caught on camera awkwardly twisting his feet while the pair sat down for talks.

It is the second time Putin has been filmed making the odd movement, which was caught on camera during a meeting with Tajikistan’s president a week ago, and comes off the back of rumours that he is suffering Parkinson’s.