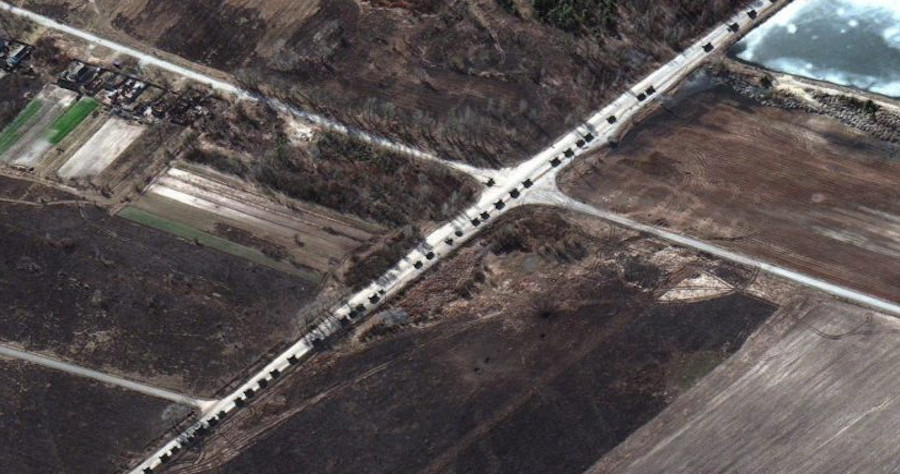 NATO countries have responded to Russia’s invasion of Ukraine by sending weapons to the embattled Ukrainian government. Russian President Vladimir Putin promised a harsh response if countries interfered in the conflict, saying that it would result in ‘consequences greater than any of you have faced in history’.

According to some experts this would be a direct attack against NATO assets.

Ukraine is not a member of the NATO alliance but Western countries are supplying the former Soviet satellite with arms in their conflict with Russia.

Russia on Saturday said its troops could target supplies of Western weapons in Ukraine, where the Russian army has been advancing since late February.

“We warned the United States that the orchestrated pumping of weapons from a number of countries is not just a dangerous move, it is a move that turns these convoys into legitimate targets,” Russian Deputy Foreign Minister Sergei Ryabkov told state television.

He said Moscow had warned “about the consequences of the thoughtless transfer to Ukraine of weapons like man-portable air defence systems, anti-tank missile systems and so on.”

Ryabkov said Washington had not taken Moscow’s warnings seriously and added that Russia and the US were not holding any “negotiation processes” on Ukraine.