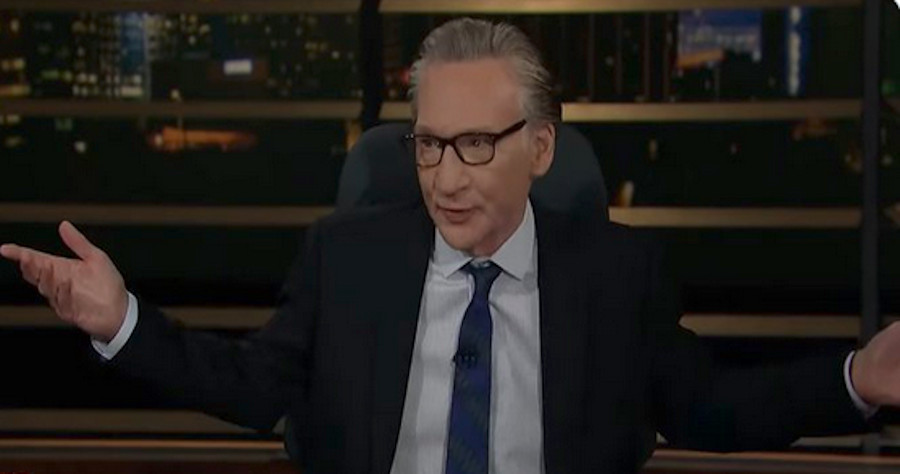 He’s finally done it — Bill Maher has gone too far for some on the Left.

If this spike in trans children is all biological, why is it regional? Either Ohio is shaming them or California is creating them. pic.twitter.com/t3Tx23MOsu

“If something about the human race is changing at a previously unprecedented rate, we at least have to discuss it. Broken down over time, the LGBT population of America seems to be roughly doubling every generation.”

“When things change this much, this fast, people are allowed to ask, ‘What’s up with that?’ All the babies are in the wrong bodies? Was there a mix-up at the plant like Cap’n Crunch’s ‘Oops! All Berries’?”

He trampled transing the kids:

“[I]t’s okay to ask questions about something that’s very new and involves children. … Because we’re literally experimenting on children.”

The Democrat dropped some science:

“[C]ommon sense should tell you that when you reverse the course of raging hormones, there’s going to be problems. We do know it hinders the development of bone density, which is kind of important if you like having a skeleton. … This isn’t just a lifestyle decision; it’s medical. Weighing trade-offs is not bigotry.”

Bill even went to bat for Abigail Shrier’s book about the transgender trend among young girls, Irreversible Damage. “If this spike in trans children is all-natural,” he offered, “why is it regional? Either Ohio is shaming them or California is creating them.”

In a piece posted to the Advocate Wednesday, David spoke of spewing as he bulldozed Bill:

Maher said the number of youth identifying as LGBTQ+ is rising because it’s “trendy,” while he spewed other harmful, homophobic and transphobic rhetoric. [He] continued his vitriolic commentary by taking several more potshots at LGBTQ+ youth, including claims that society was “experimenting” on children through the use of puberty blockers and genital surgery as a means to perpetuate culture wars.

David’s fully fed-up and all out of chalk:

Back in 1993, I would chalk this up to ignorance and truly believed education would help folks to critically think and change, and it did. But today is different, and the alarm bell is ringing — loud! The onslaught of attacks legislatively and in the media against our community goes well beyond ignorance; it is hateful, purposeful, and intentional. … We need to speak up and hold everyone accountable, even those who purport to be “liberal and progressive.

As lots of left-wingers like to do, the man waxed on whistles:

Maher’s words are also nothing more than a dog whistle for those who seek to roll back the rights of the LGBTQ+ community which we are seeing happen throughout our nation.

Curiously, in defending the merits of permanently-altering drugs and surgeries, David floated the following:

“Our LGBTQ+ youth are perfect just the way they are — they need no fixing.”

“[I] am calling for the LGBTQ+ community and supporters of LGBTQ+ youth to boycott HBO until Real Time With Bill Maher is removed from its platform. … HBO must take immediate action and remove Bill Maher and simultaneously take action to let every LGBTQ+ youth know they are loved. … Call on HBO now to take immediate action and remove Real Time from its lineup. Maher has simply gone too far. … It’s the least we could do as we get ready to celebrate Pride.”

The sociopolitical Left seems in disarray. There’s a skirmish of two schools — old and new. Bill Maher’s not nearly neo-.

Apropos of being behind the times, Maher might be underestimating the eccentricity of the age: Progressively, it isn’t that youngsters believe they’re born in the wrong bodies. Institutions are simply giving them a choice: You can be anything; construct your own creature like you’re at Build-A-Bear.

Such an open-ended opportunity bazookas the binary.

Beyond men and women, culture’s cutting-edge concept of gender identity isn’t enmeshed with sex. A new category’s been created, and we’re being told to come up with all-new identifiers. It appears to have evolved, not from dysphoria, but from the age of participation trophies and the era of icons. Thanks to social media and online gaming, we’re screen names, emojis, and colorful characters. They indicate our uniqueness and foster our flair. It was only a matter of time before we picked special personas to present in real life.

Back to Bill, will he be #canceled? Only time will tell. Some American entities are unwoking while others are doubling down.nbsp;