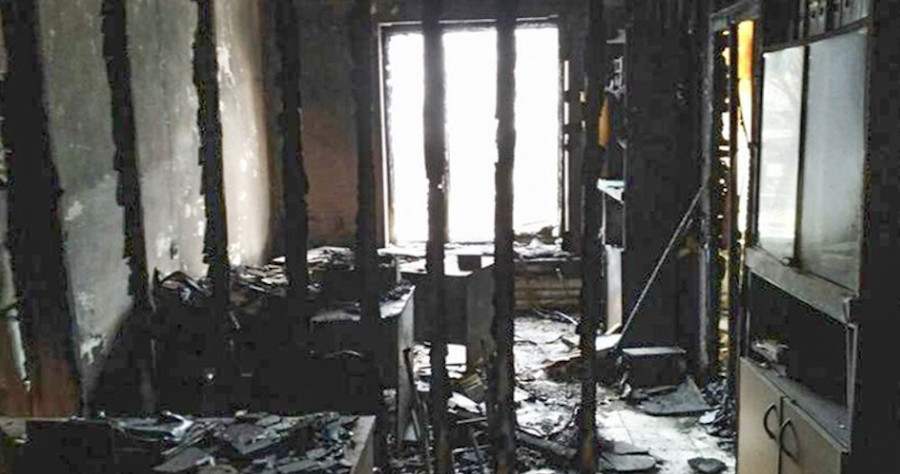 We’ve already witnessed two dozen different firebombing attacks on Christian groups, pro-life pregnancy centers, and public officials, with the latest being an attempt to burn down the office of a state official in Oregon. It seems obvious that this is some sort of organized effort to destroy the property of someone’s ideological adversaries rather than an organic coincidence. Now a group has publicly claimed responsibility for these attacks, or at least is trying to do so. As our colleague Katie Pavlich reports at Townhall this week, an online collection of pro-abortion extremists connected to Antifa, calling themselves Jane’s Revenge, has issued a dire warning that there will be more firebombings to come and suggesting that much worse will happen as well.

The violent pro-abortion group Jane’s Revenge, which is connected to the leftist anarchist group Antifa, has declared open season on pro-life crisis pregnancy centers and has issued an ultimatum.

“We were unsurprised to see thirty days come and thirty days pass with no sign of consilience or even bare-minimum self-reflection from you who impersonate healthcare providers in order to harm the vulnerable. History may not repeat itself, but it certainly rhymes, and we’ve already seen such stanzas where medical autonomy is stripped away, humanity is increasingly criminalized, and merely surviving becomes largely untenable,” the group released in a statement.

“Your thirty days expired yesterday. We offered an honourable way out. You could have walked away. Now the leash is off. And we will make it as hard as possible for your campaign of oppression to continue.

“Your thirty days expired yesterday…Now the leash is off.”

The group’s online statement, which can still be read via an archived copy, may or may not be real but it’s certainly chilling. They describe the firebombing of birthing centers as “easy and fun.” While promising that more was to come, the message suggests that the violence will not be limited to what’s been seen thus far. It claims that future measures “may not come in the form of something so easily cleaned up as fire and graffiti.” It sounds like a clear threat to injure or kill those attempting to follow Christian beliefs.

Of course, as I suggested above, the notice doesn’t actually provide proof of anything. The attacks we’ve seen thus far could still just be the violent actions of random Antifa nutjobs looking for the latest cause to gin up their fellow anarchists. Spreading a rumor of some sinister group that’s operating under the covers could be a way for them to encourage their fellow anarchists to step forward and cause more damage in the belief that they are part of some larger organization. These tactics are very similar to what ISIS did to “inspire” people in the United States and elsewhere to commit criminal acts of violence.

When you stop to think about it, Antifa and ISIS really do have a lot in common. Both groups fostered cowardly attacks on unarmed civilians, including women and children. But at least ISIS was able to claim the pretense of having a religious justification for its mayhem. The villains we’re seeing this year are threatening to kill people who are trying to help expectant mothers safely give birth.

Jane’s Revenge may or may not be real. In the end, it doesn’t really matter. Each attack will need to be investigated separately and thoroughly. And the guilty must be brought to justice and publicly condemned as a lesson to any other leftists who want to follow in their footsteps.