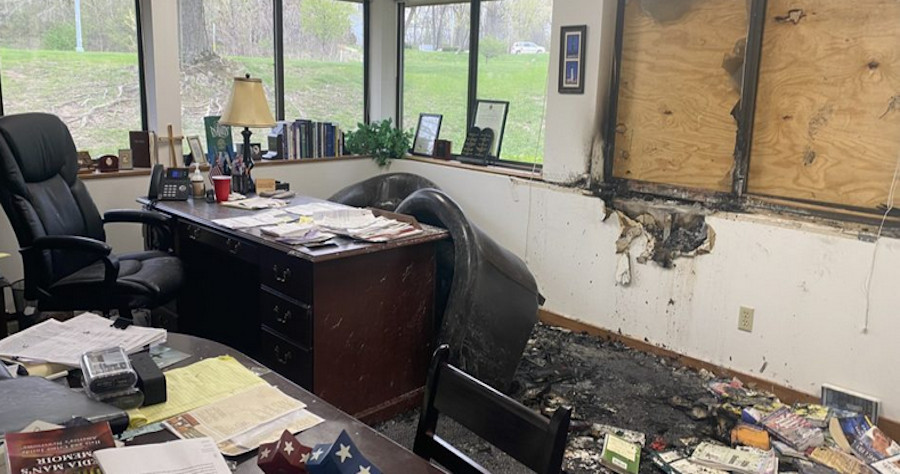 Far-left, pro-abortion activists continue to escalate their tactics to intimidate the Supreme Court in to upholding Roe v. Wade.

This week, they began protesting at Supreme Court Justice’s houses, including Chief Justice John Roberts’s house. Justice Samuel Alito and his family were forced to flee their home and go to an undisclosed location out of concern for their safety.

Yesterday, the pro-abortion activist group ‘Ruth Sent Us’ protested at Catholic churches on Mothers Day. The activists threatened to burn the Eucharist in front of the churches and illegally disrupt mass for thousands of churchgoers across the country.

Yesterday, radical left-wing activists in Wisconsin firebombed the office of a pro-life organization and left a threatening message, saying “If abortions aren’t safe, then you aren’t either.”

It wasn’t immediately clear how much damage was caused by the attack on the building at 2801 International Lane. A window was also broken and the building was hit with graffiti, said Julaine Appling, president of the lobbying and advocacy organization.

Madison police spokeswoman Stephanie Fryer confirmed Sunday morning that authorities were investigating a fire in the 2800 block of International Lane.

“Due to the suspicious nature of this fire, our arson investigators responded,” Fryer said. “They are actively working this case at this time.”

Appling said she and events coordinator Diane Westphall were getting ready for a Mother’s Day brunch in Watertown when a staff member informed her of the break-in. A person on the way to the airport before dawn saw smoke rising from the building and called police, Appling said.

A Madison Police Department incident report states, “Flames were seen coming from the facility shortly after 6 a.m.” The report states, and Appling confirmed, that nobody was injured.