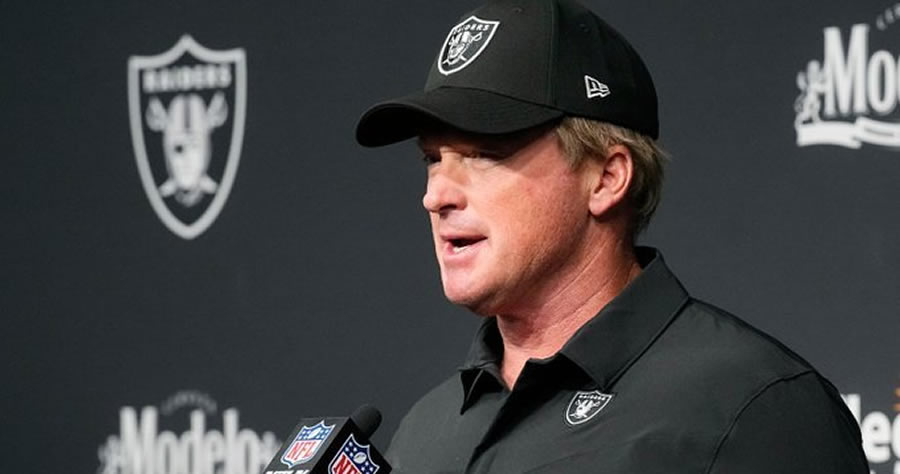 The New York Times obtained a trove of emails showing Jon Gruden made so-called “misogynistic and homophobic” comments over the years.

Gruden lashed out at NFL Commissioner Roger Goodell and called him a “faggot” and a “clueless anti football pussy” according to emails reviewed by the New York Times.

Jon Gruden spoke with #Raiders owner Mark Davis a short time ago to inform Davis of his decision. It’s official. Gruden is out in Las Vegas. https://t.co/zkzkVryyfe