Rand Paul: Congress Has to Borrow from China to Send $40 Billion in Aid to Ukraine [AUDIO] 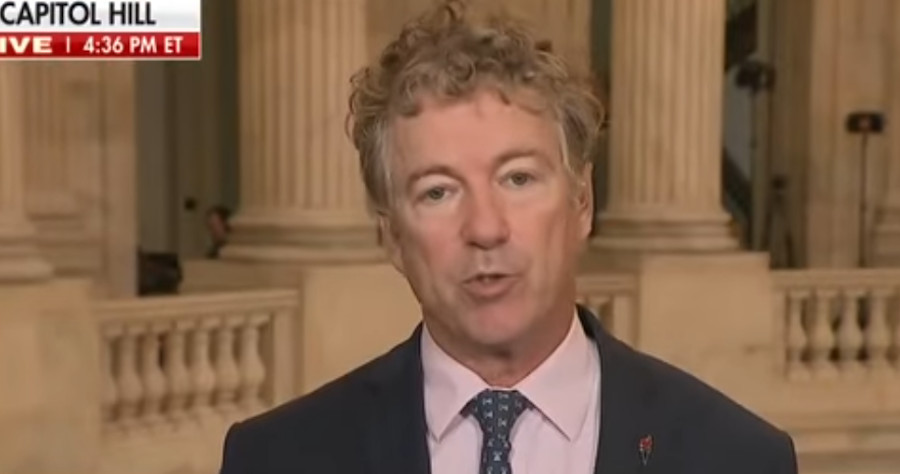 Sen. Rand Paul (R-KY) told Breitbart News Daily that America has to borrow the money to send $40 billion in aid to Ukraine.

Breitbart News Daily host Alex Marlow spoke with Paul as the Senate remains poised to pass legislation that would send $40 billion in military and economic aid to Ukraine while Americans grapple with inflation and food shortages. Paul has “single handedly” worked to hold up the Ukraine package, contending that the package needs an inspector general to ensure that the billions of dollars are spent wisely.

Paul said that America would have to continue borrowing from China to appropriate the proposed Ukraine aid package.

“I think it’s important to know that we don’t have any money to send, we have to borrow money from China to send it to Ukraine. And I think most people kind of get that, and many Republicans will say that when it’s a new social program, but if it’s military aid to a country, they’re like we can borrow that, that’s a justified borrowing,” Paul explained to Marlow.

The Ukraine aid procedural vote strikes a contrast between establishment Republican views on foreign policy, which favor more activist intervention abroad, and populist senators such as Paul, who believe that America should not engage in endless wars and conflict abroad.

Paul said that Republicans’ contribution to America’s deficit undermines their argument that President Joe Biden is solely responsible for the rampant inflation under his administration.

Republicans added over $100 billion in new debt with Democrats in providing direct subsidies to semiconductor companies and also by increasing the National Science Foundation, one of the most wasteful organizations in Washington.

Paul lamented in his interview with Breitbart News Daily that many Republicans are now lining up to grant $48 billion in coronavirus relief to restaurants, even though most coronavirus lockdowns have been over for at least a year.

The Kentucky senator noted that many Republicans and Democrats liked the idea of having an inspector general have oversight on the tens of billions of Ukraine aid; however, Senate Majority Leader Chuck Schumer (D-NY) pushed senators away from Paul’s proposal because the inspector general would be “ruthless” with the spending.

Paul said that it is a good idea to have a “zealous guardian” of the taxpayers’ money.