Rashida Tlaib: Only Wearing A Mask Because Of A ‘Republican Tracker’ Near Her [VIDEO] 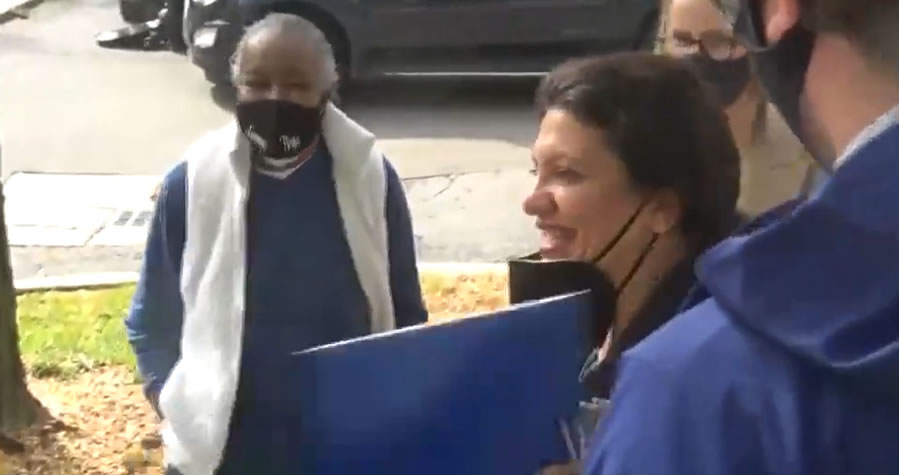 “Squad” member Rep. Rashida Tlaib, D-Mich., was caught on camera saying she was only wearing a mask because she was being tailed by a “Republican tracker.”

The Michigan congresswoman made the admission while speaking to a maskless attendee at an event in Detroit featuring Housing and Urban Development (HUD) Secretary Marcia Fudge.

Tlaib told the attendee that she only had the mask on because of the tracker, who was filming the exchange, after the person mistakenly thought Tlaib was scolding him for going maskless.

Caught on Video: @RashidaTlaib Admits She Only Wears Mask for Cameras

Tlaib also pointed at the tracker filming the pair’s exchange in the video first reported by the Washington Free Beacon.

The congresswoman came under criticism in August when she was caught maskless on a dance floor in Dearborn, Michigan, while the Centers for Disease Control and Prevention (CDC) guidance called for indoor masking due to high coronavirus case counts.