Rashida Tlaib’s Aid And Comfort To The Enemy: Some Would Call That Treason 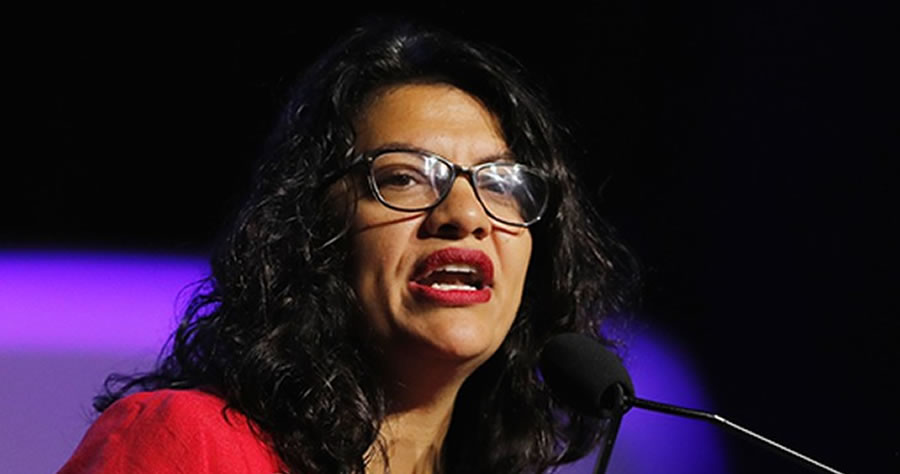 The noble and patriotic Rep. Rashida Tlaib (D-Gaza) has a big new idea: defund not only the police, but Customs and Border Protection (CBP), Immigration and Customs Enforcement (ICE), and the Department of Homeland Security (DHS). Why? Because they engage in terrorism, of course. The Democrat effort to scapegoat and criminalize all opposition to the Leftist agenda in response to their imaginary January 6 “insurrection” is gathering steam, and now Tlaib wants to take it even farther, treating organizations dedicated to defending the United States as if they were enemies of the state. In the Left’s new America, that’s exactly what they are.

Nobody thinks about treason anymore, much less charges anyone with it. The common definition of the word is that it involves giving aid and comfort to the enemy. Doesn’t Rashida Tlaib give aid and comfort to America’s enemies by calling for an America that has stopped defending itself from all enemies foreign and domestic?

An interviewer asked Tlaib what she thought of Biden’s handlers’ proposal to try to bring the border fiasco under control with new technology. Tlaib took the opportunity to advance her modest proposal: “Look, the simple answer to that question is we must eliminate funding for CBP, ICE and their parent organization, DHS. Time after time we have seen it as advocates on the ground, as human services agencies on the ground continue to see over and over again, that these agencies are inept to humanely guiding migrants through our immigration system and instead they further continue to terrorize migrant communities located within our communities.”

Insofar as these agencies “terrorize migrant communities,” Tlaib likely considers them to be among the “white supremacist” domestic terrorists that the Biden administration has vowed to go after. And since they’re engaging in terrorism against “migrant communities,” giving them improved technology is the last thing Biden’s handlers should be considering doing. “This approach,” Tlaib declared, “is something that many, especially the new members of Congress, are coming with full force and pushing back against this idea.”

The very idea of trying to improve border security is (what else?) racist: “They rename this kind of militarization or targeting in a very inhumane way of our immigrant neighbors, but when it comes down to it, it is the same thing — which is targeting communities of color in a way that to me very much violates human rights and dignity for so many of our communities.”