‘Such Clumsy Damage-Control.’: Ray Epps to have first ‘transcribed interview’ under oath with Jan. 6 committee 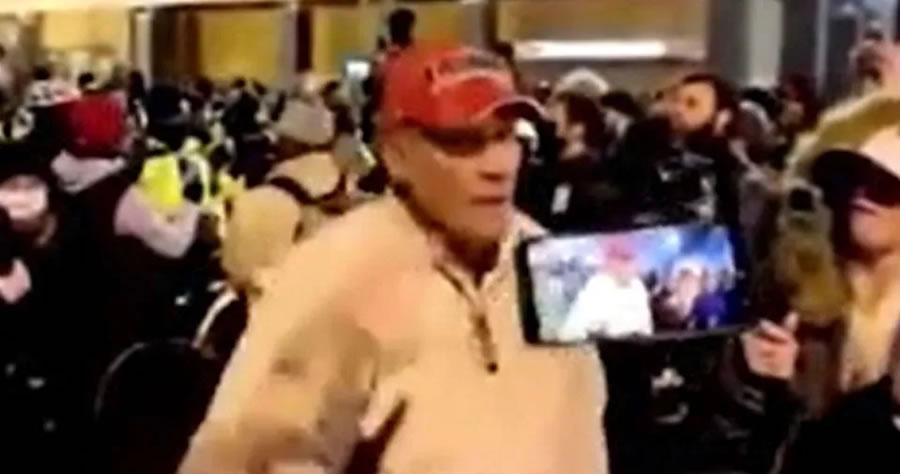 Ray Epps, the Arizona man at the center of theories claiming that federal agents provoked the Capitol riot, will sit Friday with the House Jan. 6 committee for a transcribed interview under oath, according to his attorney.

Epps, reportedly a former Arizona Oath Keeper, told the Jan. 6 committee in a November meeting that he was not working for nor with any law enforcement agency, and he has never been an informant for the FBI or another police agency.

Epps’ attorney John Blischak told Politico that the November meeting was less formal than the one planned Friday.

Conservative commentators pointed out that Epps’ previous statement that he has never been affiliated with the FBI were not made under oath in a formal setting.

Epps has been accused of being a federal agent planted to stage the Capitol riot. One theory about Epps’ role involves several videos apparently showing him telling Trump supporters to “go into the Capitol” on Jan. 5 and Jan. 6. Another theory involves how Epps was reportedly added to and then removed from an FBI “most wanted” list following the riot.

I also asked about footage from January 5, 2021 of an individual named Ray Epps telling a crowd, “Tomorrow, we need to go into the Capitol” and the crowd responding “Fed, fed, fed, fed, fed…” pic.twitter.com/IyeEBxDg9Y

Epps' attorney says Epps called the FBI on Jan. 8. 2021 after a relative told him he had appeared in news reports related to the riot.

That's the reason, the lawyer says, the FBI later removed him from its suspect database.https://t.co/MU8t0lpwYL

After they already had some practice ?

I guess the first interview was a rehearsal

I thought he already said he didn’t do it

But didn't the Jan 6th Committee already say he was interviewed?

But @AdamKinzinger said he did this already

The clean up job is in progress…

The first testimony was not transcribed?

Can ANYONE name a SINGLE CIVILIAN that EVER gets the benefit of the doubt in investigations and gets to speak to the FBI….WITHOUT being transcribed or recorded for their testimony???

Epps was seen on video inciting violence at the Capitol. If J6 Committee were serious, they would have subpoenaed him, his phone records, emails & text messages long ago. Like what they have done to people who weren’t even in DC on J6.