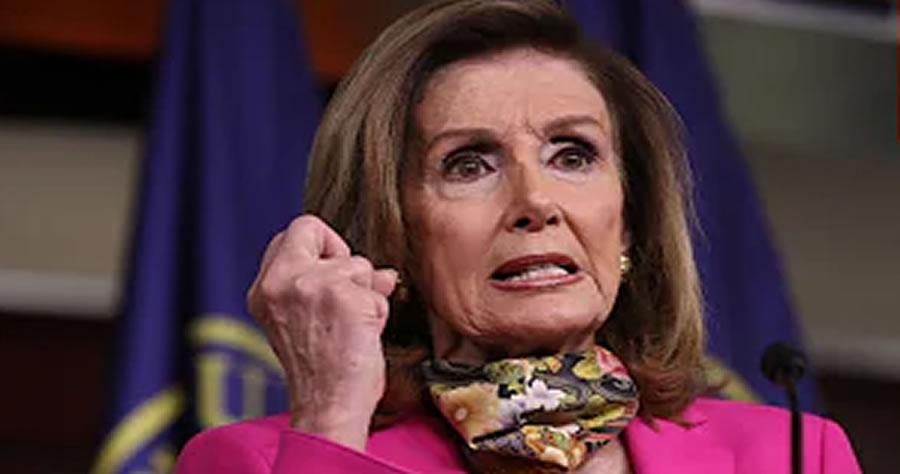 Thanks to thirteen House Republicans siding with Democrats and so-called “progressive” Democrats caving to the “moderates,” the ostensibly “bipartisan” $1.2 trillion infrastructure deal is now headed to President Joe Biden’s desk.

Shortly before midnight Friday, 228 House members voted in favor of the Senate bill, overriding the 206 opponents — 200 Republicans and six Democrats — who voted against it.

Had not thirteen Republicans voted for the bill, it wouldn’t have passed, as the final roll call would’ve instead been 215 in favor versus 219 in opposition.

Because of the bill’s inclusion of a myriad of policies that Republicans have claimed have nothing whatsoever to do with infrastructure, it’s faced staunch opposition from the GOP.

These are the 13 “Republicans” who handed over their voting cards to Nancy Pelosi to pass Joe Biden’s Communist takeover of America via so-called infrastructure:

Pelosi did not have the votes in her party to pass this garbage.

Time to name names and hold these fake republicans accountable.

Republicans who voted for the Democrats’ socialist spending bill are the very reason why Americans don’t trust Congress.

It's a socialist takeover of America.

No wonder they're doing it in the dark of night. pic.twitter.com/bvZ4v4BJ23