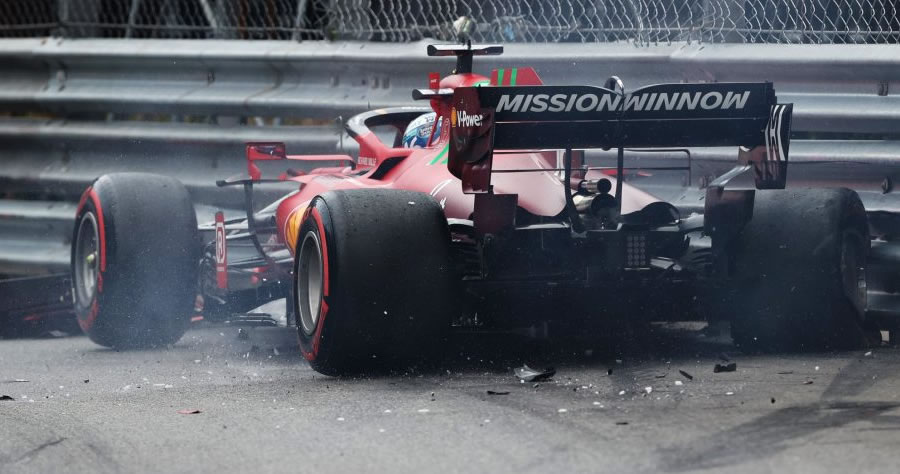 Charles Leclerc delivered on Ferrari’s shock Monaco Grand Prix pace to take a brilliant pole position in his home race – but his delight was tempered slightly when he ended the session in the barriers.

The Monegasque put together the fastest lap of the weekend with his first run in Q3 but pushed a little too hard on his second run, clipping the Armco as he turned into the chicane, which broke his front suspension sending him across the kerb and into the barrier on the other side.

That incident brought out the red flag with less than a minute to go, ending the session prematurely and preventing anyone – including Max Verstappen who was purple in sector one – from completing their final lap.

As a result, Leclerc held onto pole, Ferrari’s first since the 2019 Mexican Grand Prix, making him the first Monegasque on pole in Monaco since Louis Chiron (whom Leclerc’s helmet for this weekend is dedicated to) in 1936.