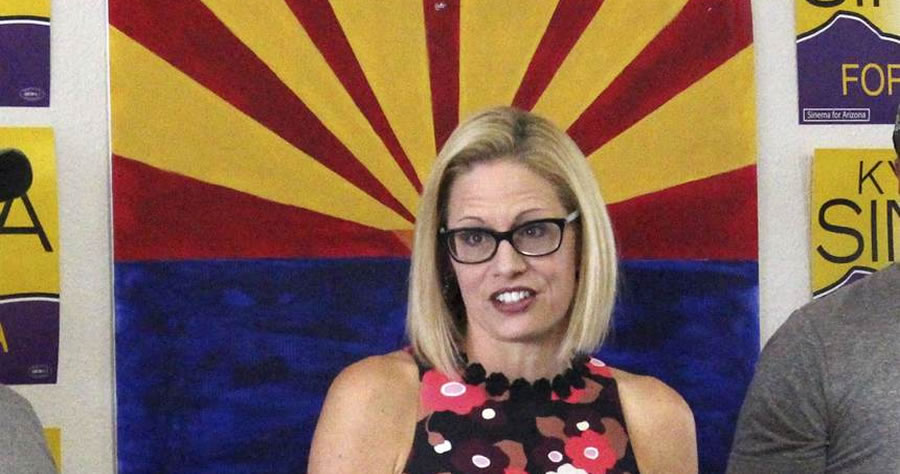 For months now, Kyrsten Sinema has locked horns with the far-left, refusing to blow up the filibuster and now blocking the passage of Biden’s “Build Back Better” agenda via reconciliation. The harassment she’s received has seemingly only bolstered her resolve. More recently, she’s given the White House to the cold shoulder, and perhaps that’s behind this latest leak?
According to sources relayed by Business Insider, Sinema’s red-line has been revealed, and it’s already giving her colleagues fits.

“I do not think anyone in the caucus believes that to be a tenable position,” one aide told mehttps://t.co/BhpKfNoPqf

A major holdup in the ongoing talks is Sinema’s opposition to any tax increases for individuals and large corporations, per two Senate Democratic aides familiar with the matter. Her position threatens to deprive the package of over $700 billion in revenue to finance the bulk of Biden’s agenda. The president has repeatedly promised his plan will be fully paid for and won’t add to the deficit. Most Democrats are also fervent in their desire to roll back President Donald Trump’s 2017 tax cuts.

Well, that’s quite the red-line.

For a while, we’ve known Sinema had issues with the tax hikes in the $3.5 trillion reconciliation bill. Now, we know just how big her issues were, and hoo boy. She apparently wants no increases at all, something that cuts to the very core of the Democrat agenda, which is seeking to raise taxes on the “rich” and corporations across the board. If that’s truly her position, I have no idea how a compromise happens down the road. Not only will the far-left never go along with zero tax hikes, but without those increases, the bill’s gimmicks that “pay” for the spending no longer apply.