Remember When Psaki Said ‘cable news is dying’? Now It Looks Like She’s Moving To MSNBC 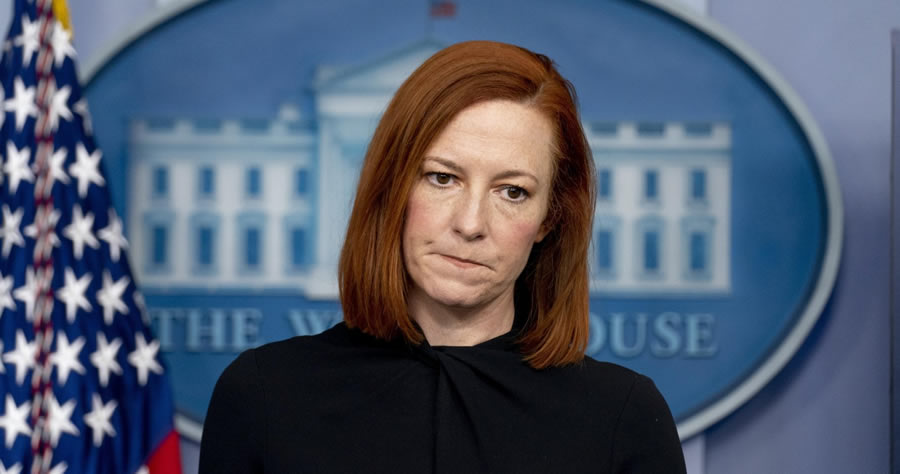 On Friday, it was revealed that White House Press Secretary Jen Psaki could be stepping away from her role sometime in May, to take a position at MSNBC.
In February though, Psaki was heard bashing cable news, saying that the industry is “dying.”
The conversation occurred in a February 18 episode of “Literally! With Rob Lowe.”
“The minute the news media became ratings driven, emotion and conflict drive story, story drives ratings, so that squeezes out rational discourse and everybody now gets the news that they want to get,” said Lowe.

“Yeah,” said Psaki. “You know, I think there’s such an interesting — so I’m going to give you an optimistic view on this right now, which is — cable news is dying, right? The ratings are dwindling, right? And there’s dwindling readership as well of a lot of national newspapers.”
“I’m not sure that’s the optimistic view, but I’m getting to a point,” she added.
Psaki continued on to say that with the direction heading towards news streaming services, that it would lead to “a form for creating a range of content that is informative” rather than driven by ratings and “Democrats and Republicans yelling at each other on a set.”
Psaki is in exclusive talks with MSNBC to become the host for the network on NBCUniversal’s streaming platform, Peacock.
Read Full Story