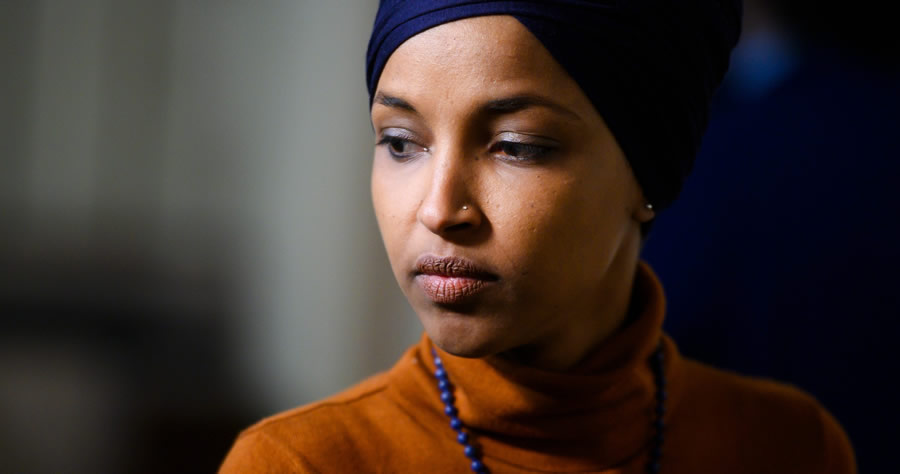 Rep. Ilhan Omar (D-MN) used her eulogy during Daunte Wright’s funeral in Minneapolis on Thursday to talk about herself and condemn Columbus Police for the death of Ma’Khia Bryant, an act she called “a tragedy.”

Rising to address the congregation, Omar began by issuing an Arabic greeting and extolling Al Sharpton. “Thank you, Reverend Al Sharpton, for being here, and for that beautiful eulogy,” she said. “Most of us in this room, including myself, look at you as a guardian, and are blessed to be in your presence.”

“And may Daunte Wright serve as a guardian for all of us,” Omar continued. “But as a member of the Congressional Black Caucus — as one of the youngest and newest members of the Congressional Black Caucus — I also have guardians: Congresswoman Sheila Jackson Lee and our chairwoman, Joyce Beatty, serve as guardians for me and many of my colleagues.”