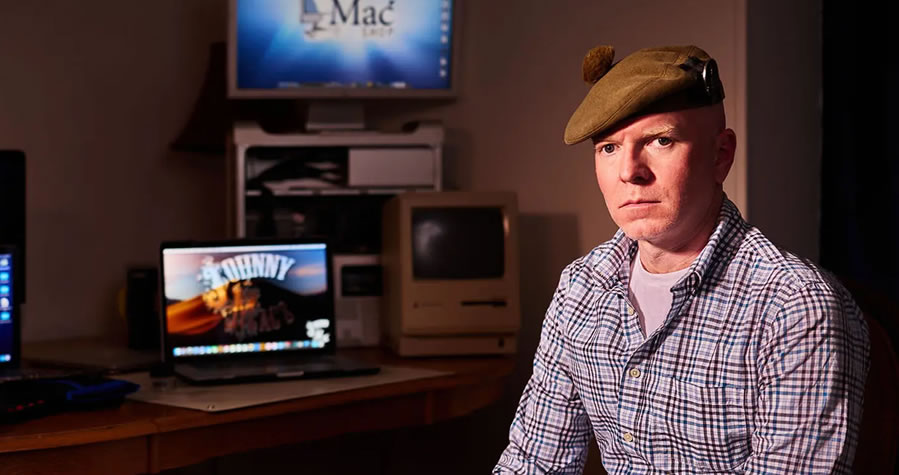 The former shop owner, John Paul Mac Isaac, decided to fight back after losing his business and being harassed for 18 months by Big Tech, the media and Delaware locals in President Biden’s home state.

“After fighting to reveal the truth, all I want now is for the rest of the country to know that there was a collective and orchestrated effort by social and mainstream media to block a real story with real consequences for the nation,” the 45-year-old Mac Isaac told The Post.

“This was collusion led by 51 former pillars in the intelligence community and backed by words and actions of a politically motivated DOJ and FBI,” he continued. “I want this lawsuit to reveal that collusion and more importantly, who gave the marching orders.”

Mac Isaac came to legally own the laptop after Biden’s son Hunter dropped it off at his store for repairs in April 2019 and never came back. The material on the laptop has raised serious questions about what Biden knew of his son’s overseas business deals, during which he and the president’s brother, Jim Biden, often invoked his powerful name.

When The Post’s first story broke in October 2020 — just three weeks before the presidential election — Twitter and Facebook moved to censor it. Then Schiff and 51 former intelligence officials labeled the laptop Russian disinformation.

In the aftermath, Mac Isaac says his business and reputation was ruined.

“Twitter initially labeled my action hacking, so for the first day after my information was leaked, I was bombarded with hate mail and death threats revolving around the idea that I was a hacker, a thief and a criminal,” Mac Isaac said.