Report: 49ers No. 3 Pick Narrowed Down to Mac Jones or Trey Lance 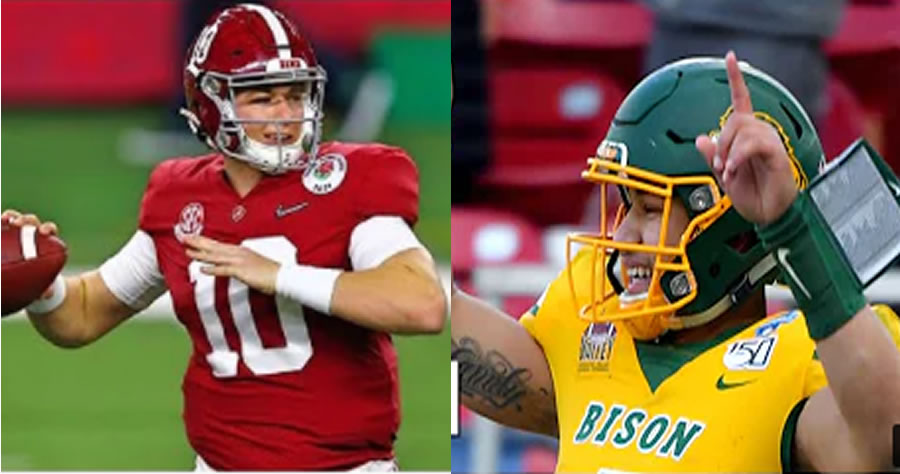 When the 49ers traded up to the No. 3 pick in the 2021 NFL draft, it became a near certainty that they would take a quarterback with their selection—the only question was which one they’d settle on.

It seems the field has narrowed, and a certain Ohio State quarterback has not made the cut.

San Francisco has reportedly narrowed its decision to Alabama’s Mac Jones or North Dakota State’s Trey Lance, according to NFL Network’s Ian Rapoport. That means Ohio State’s Justin Fields would fall outside the top three and be available to the Falcons at pick No. 4.

Jones has seen his draft stock skyrocket over the past year. In his first season as a full-time starter, he led a historic Alabama offense that averaged 48.5 points per game en route to a national championship. He finished third in the Heisman Trophy voting, throwing for 4,500 yards with 41 touchdowns and four interceptions.