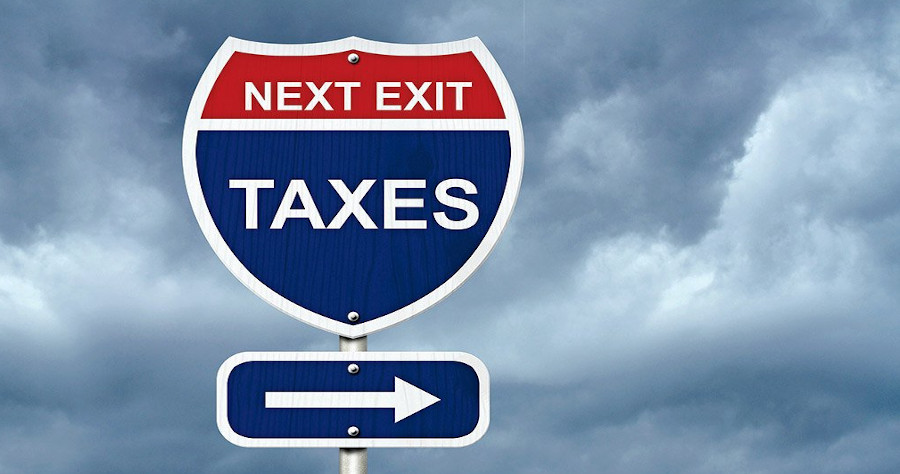 States with lower taxes and less spending have a stronger economic outlook than states with higher taxes and more spending, according to a new report from the American Legislative Exchange Council.

“They follow, in a way, what President [Ronald] Reagan warned of, which was the liberal view of the economy [and] can be summed up as this: if it moves, tax it. If it keeps moving, regulate it. If it stops moving, subsidize it,” Jonathan Williams, executive vice president of policy at the ALEC, told the Daily Caller News Foundation.

Utah, North Carolina, and Arizona lead the country with the top economic outlook for 2022, according to the report.

States that spend and tax less tend to have a better economic outlook than states with more spending and higher taxes, according to a report from the American Legislative Exchange Council (ALEC) and shared exclusively with the Daily Caller News Foundation.

The Rich States, Poor States: ALEC-Laffer State Economic Competitiveness Index examines each state’s economic outlook for 2022 “based on a state’s current standing in 15 state policy variables” and economic performance over the last 10 years. States with lower tax burdens tend to perform better economically and have attracted migration from other states, according to the report.

“[The report] teaches us that states with lower taxes, especially those that avoid personal income taxes, have seen significantly better rates of in-migration than states with [high-income] tax rates,” Jonathan Williams, executive vice president of policy at ALEC and co-author of the report, said in a statement to the DCNF.

California, New Jersey, and New York, states which impose higher-than-average tax burdens, are ranked 48th, 49th, and 50th in economic outlook rankings for 2022, according to the report.

“They follow, in a way, what President [Ronald] Reagan warned of, which was the liberal view of the economy [and] can be summed up as this: if it moves, tax it. If it keeps moving, regulate it. If it stops moving, subsidize it,” Williams told the DCNF.

“So, they have high taxes across the board. Some of the highest tax rates in America on personal and business income,” he said. “They have the anti-business regulatory regimes.”

Utah, North Carolina, and Arizona are the top three states in economic outlook rankings for 2022.

“[Utah’s] really a free-market success because of lower taxes,” Williams said. Utah, which has been the top state for every previous edition, is ranked first in the economic outlook rankings for 2022.

North Carolina is ranked second in the economic outlook rankings for 2022, which is the state’s best ranking yet, according to Williams.

“Only about 10 years ago, when now U.S. Senator Thom Tillis was Speaker of the House Thom Tillis, they (North Carolina) began a decade-plus approach to trying to get tax burdens down and reforming their tax code,” Williams said. “They moved from 26th place – that’s about a decade ago – to number two this year, so really one of the most impressive turnaround stories of a state anywhere in America.”

“It’s been a state that has seen huge immigration growth, huge business investment in the state in subsequent years,” he said.

Arizona, which is ranked third in the economic outlook rankings for 2022, recently reduced its tax rate, a move which Williams said improved its economic prospects.

“It was actually one of the most aggressive tax cuts in recent years in my experience,” he said.

The report also measures each state’s economic performance based on state gross domestic product, absolute domestic migration and non-farm payroll employment from 2010 to 2020, according to the report. Arizona, Utah, and Florida are in the top three spots, and Connecticut, Alaska, and Louisiana are in the last three spots, respectively.

Members of ALEC are also seeking a permanent extension of former President Donald Trump’s 2017 Tax Cuts and Jobs Act (TCJA), which the group argued has benefited “more than 100 million American taxpayers from all income tax groups,” according to a Thursday press release.

“The Trump Tax Cuts were a historic success. They returned $1.5 trillion dollars to the American worker, resulting in record-low unemployment, and a $6,000 increase in real median household income over two years – which included scores of raises and bonuses for workers,” FreedomWorks economist Stephen Moore, who co-authored the ALEC report, told the DCNF in a statement. “Tax cuts act like rocket fuel for the economy. Congress needs to make the Trump Tax Cuts Permanent.”

“The Trump Tax Cuts showed us clearly that when you lower taxes you unleash productivity which leads to prosperity,” economist Arthur Laffer, founder of Laffer Associates and also a co-author of the ALEC report, told the DCNF in a statement. “It would be a mistake to let these tax cuts expire.”