Reporter grills WH about Durham revelations, but spox refuses to address them: ‘My answer is not going to change’ 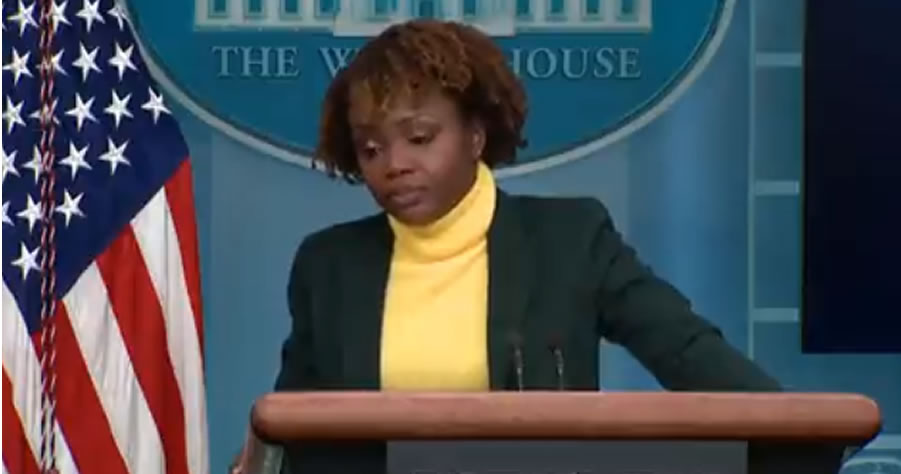 In fact, before Heinrich could even finish her initial question, Jean-Pierre had already refused to answer it.

“This news about the Durham investigation: Does the president have any concerns about a candidate for president using computer experts to infiltrate computer systems of competing candidates, or even the president-elect for the goal of creating a narrative? Is that something that —” Heinrich said.

“That’s something I can’t speak to from this podium, so I refer you to the Department of Justice,” Jean-Pierre interrupted.

Interestingly, Heinrich asked a question directly related to President Joe Biden’s thoughts, which certainly falls under the responsibilities of the White House. Given that Heinrich was not asking a question that fell under the purview of the Justice Department, Jean-Pierre’s response indicates the White House decided before the press briefing not to answer questions related to Durham’s investigation.

Karine Jean-Pierre doesn't even try to answer this question about the bombshell Durham revelations. pic.twitter.com/QUrBSJ6Thu