Reporter In Minneapolis Records Brazen Thieves On Crime Spree: I Called Police ‘But After 15 Mins No One Showed Up’ 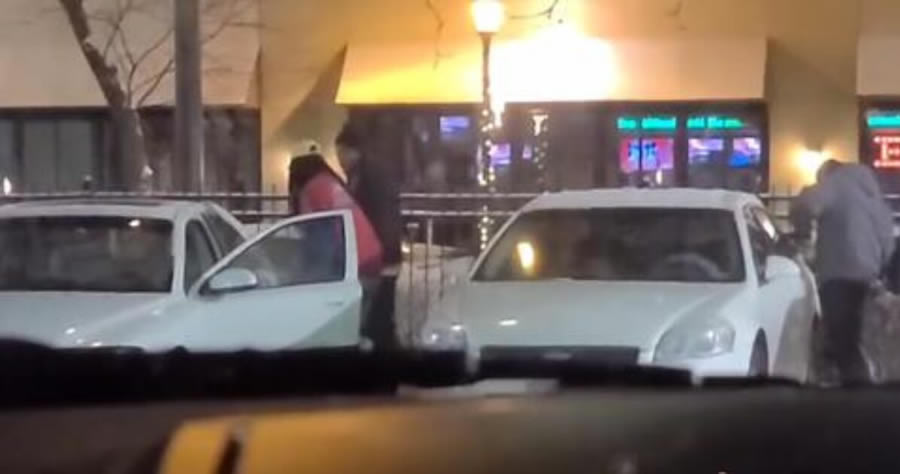 A group of brazen thieves were recorded committing grand theft auto early Sunday evening in Minneapolis as the police were reportedly nowhere to be seen or found.

Rebecca Brannon, a non-establishment journalist who witnessed the theft firsthand, posted a tweet at 2:52 am announcing that she’d “just witnessed a guy pull out a assault rifle in the Uptown McDonald’s parking lot” and would be posting video footage of it shortly.

She wrote that after firing off one shot in the air — an act that could have easily killed someone — the hooligan began “breaking into a parked vehicle in the lot right now too.”

Seven minutes later, she posted that “they” had commandeered a vehicle and were driving off with it as the guy with the gun “is hanging out the window and just shot off again.”

In another tweet posted about 10 minutes later, she added that she’d called the police but that “no one ever showed up.”

Just witnessed a guy pull out a assault rifle in the Uptown McDonald’s parking lot – he shot off one shot into the air next to my car. I believe he is now breaking into a parked vehicle in the lot right now too. Don’t have the best video but will upload when I can. #Minneapolis

Shots fired at McDonald’s lot in Minneapolis Uptown tonight. Couldn’t capture much without being seen – I had not even put my vehicle into park when a guy came out of nowhere & fired his gun into the air – right in front of me – that’s when I started recording & called 911… 1/2 pic.twitter.com/C6Lwx8rnzk