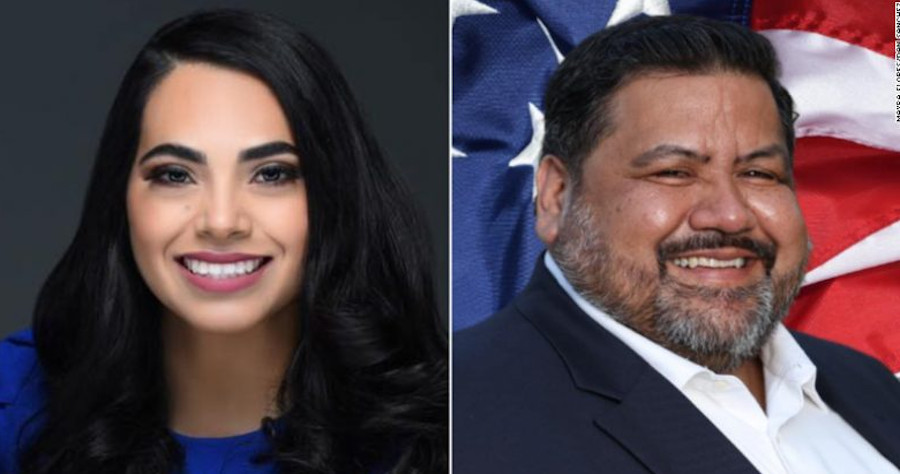 Still think minorities only vote Democrat? Not so fast — the tides are shifting! The Texas Tribune reported Tuesday that Republican Mayra Flores made history after she defeated Democrat Dan Sanchez in a special election for an open congressional seat in South Texas, marking a huge breakthrough for conservatives in a historically blue district.

Flores is making American history — the conservative woman will soon become the country’s first Mexican-born congresswoman. While she will only hold the seat until January, conservatives throughout the country believe this race may be a bellwether for more Republican victories to come. “Congratulations to @MayraFlores2022 on winning a hard-fought battle in TX-34,” posted the official Grand Old Party Twitter account. “Republicans have momentum in South Texas and are tired of Joe Biden’s failed agenda.”

Congratulations to @MayraFlores2022 on winning a hard-fought battle in TX-34!

Republicans have momentum in South Texas and are tired of Joe Biden’s failed agenda. pic.twitter.com/5aeibXTz8U

Republican @MayraFlores2022 just beat a Democrat to win an open seat for Congress in an historically Democrat district in South Texas.

The future is looking bright red in Texas.

“For over 100 years, we have been taken for granted,” Flores said at her election night party in San Benito. “I will show you what real representation looks like. I will represent all people.”

Former Democrat candidate Dan Sanchez conceded his loss in a statement that blamed the Democrat Party for not assisting enough in the election.

“Based on the results, we came up short tonight despite being outspent by millions of dollars from out of state interests and the entire Republican machine,” he said. “Too many factors were against us, including little to no support from the National Democratic Party and the Democratic Congressional Campaign Committee.”

The special election had been called to finish out the term of former U.S. Rep. Filemon Vela, D-Brownsville, who left her job as a representative in March in order to pursue a work lobbying for the Akin Gump.

Democrats including Sanchez argued that their Republican opponents held the advantage due to special interest money. The Tribune indicated that the left had their own fair share of help as well, pointing out that the Democrat Congressional Campaign Committee helped fund a $100,000 digital ad buy with Sanchez’s campaign. Additionally, the House Majority PAC — the top Democratic super PAC in House races — launched a $115,000 TV ad buy against Flores.

Flores notably won Cameron County, the most populous county in the district and a longtime Democrat stronghold along the United States southern border. The swing in the Hispanic vote away from Democrats proved massive; Flores defeated Sanchez there by about a percentage point after Biden won the county by 13 points in 2020.