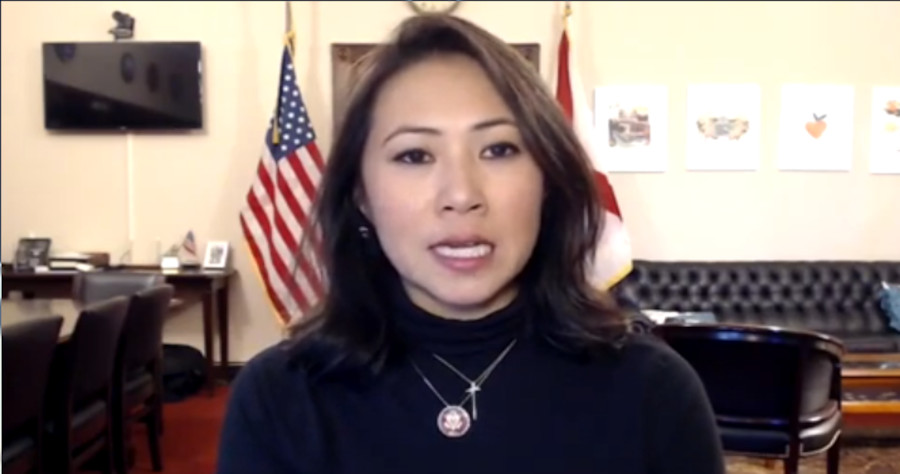 She told Politico Playbook that the Democrat leadership would beat her and other moderate Democrats “into submission” for the purpose of pushing a radical agenda item that House Speaker Nancy Pelosi (D-CA) proposed. Murphy said in a statement:

“I can’t tell you the number of times I said, ‘You can’t keep promising rainbows and unicorns when your political reality is such narrow margins in the House and a dead-even Senate.”

Despite Rep. STEPHANIE MURPHY’s (D-Fla.) rising-star status, she is calling it quits at age 43. Why? What she told us should be a giant, flashing “warning” sign for Democrats heading into the 2022 elections. More in Playbook: https://t.co/n5g404oMty

She said that “hardball tactics” are consistently used by Democrats to push members to “take one [vote] for the term” in order to satisfy the Democrat leadership, such as Biden’s lieutenants at the DCCC. Murphy explained in a statement:

“Retiring Moderate Democrat Unloads on Her Party’s Extremists”
Florida Rep. Stephanie Murphy is calling it quits because she feels there’s no place for her in the current Dem party. She’s right, as the radicals have taken it over.https://t.co/I0NukcoVmb

Murphy then slammed Rep. Sean Patrick Maloney (D-NY), the DCCC chief, as having a “self-interest” in pushing members to vote for radical policies if it means a promotion for himself from party leaders in the future. She added:

“I believe that the DCCC exists for one reason and one reason alone, and that is incumbent protection and expanding the majority. I don’t believe that the person who runs the DCCC should be a member who’s elected because inevitably that member … has further aspirations in the Democratic leadership.”

“And in order to ascend in Democratic leadership, you have to secure the progressive vote. And securing the progressive vote makes it difficult for you to also then protect moderates and create space for them to do what they need to do to win and hold seats … I think that’s just … a structure that is misaligned to what should be the sole purpose of the DCCC, incumbent retention and expanding the majority.”

Even though Murphy had a lot to say, not everyone seems to agree with her, including Congressional candidate and state representative Anthony Sabatini (R-FL), who is running in the district from which Murphy is retiring.

Sabatini told Breitbart News that Murphy is just whining about party politics because the Democrat Party lost control of Florida. In fact, for the first time in history, voter registration has reportedly tipped Republican.

Sabatini noted that Murphy voted often with Pelosi and suggested that she has no right to complain about the radical Democrat Party. He said:

“Despite her rhetoric, Stephanie Murphy went very left-wing and voted with Nancy Pelosi 98 percent of the time, and voted against the entire MAGA agenda.”

“The truth is, the radical communist Democrat party has gone so far left that even hardened liberals like Murphy aren’t extreme enough to gain leadership positions.”