Rev. Al Sharpton Calls Out Sen. Tim Scott At Andrew Brown Jr. Funeral: ‘What Do You Mean America Is Not Racist?!’ 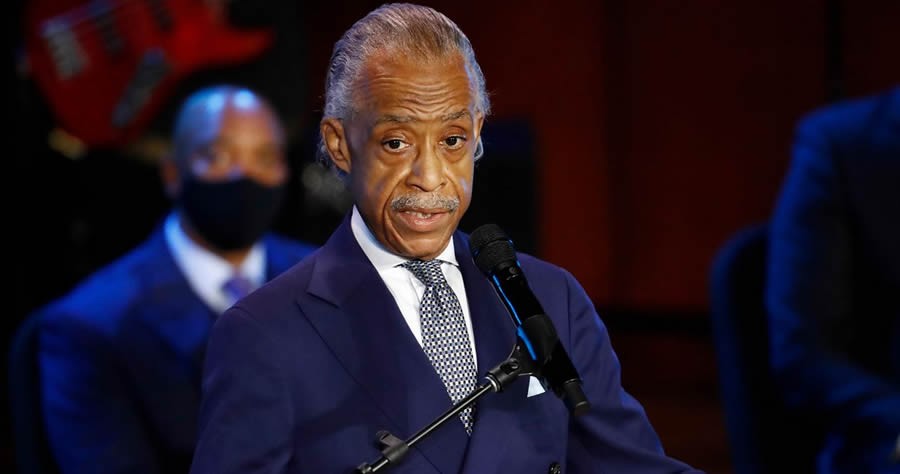 On Monday, Reverend Al Sharpton delivered the eulogy at the funeral for Andrew Brown Jr., a black man who died last week following an encounter with law enforcement. Sharpton used the opportunity to speak out against Sen. Tim Scott’s (R-SC) message in the GOP rebuttal to President Joe Biden’s first address to Congress.

In his response to Biden’s speech, Scott — the only black Republican senator — made the case that America is not a racist country, although he acknowledged that he has experienced racism on a personal level.

Scott said, “Hear me clearly: America is not a racist country. It’s backwards [sic] to fight discrimination with different types of discrimination. And it’s wrong to try to use our painful past to dishonestly shut down debates in the present.”

“Seems something awkward to me where a white president talked about white supremacy and a black senator said…America’s not racist,” Sharpton said. “Seem a little strange to me. Now, everybody in America is not racist. But are you talking about whether the practice of America is racist or the people? Because the practice of America was built on racism.”

He noted how in 1847, by law, black people were chattel slaves in Elizabeth City, adding, “What do you mean America is not racist? It was started off racism!”

Sharpton claimed that today black people are “unemployed twice as much as whites,” get worse education, worse health care, and can’t get business or bank loans. He said that there is still systemic racism in America.