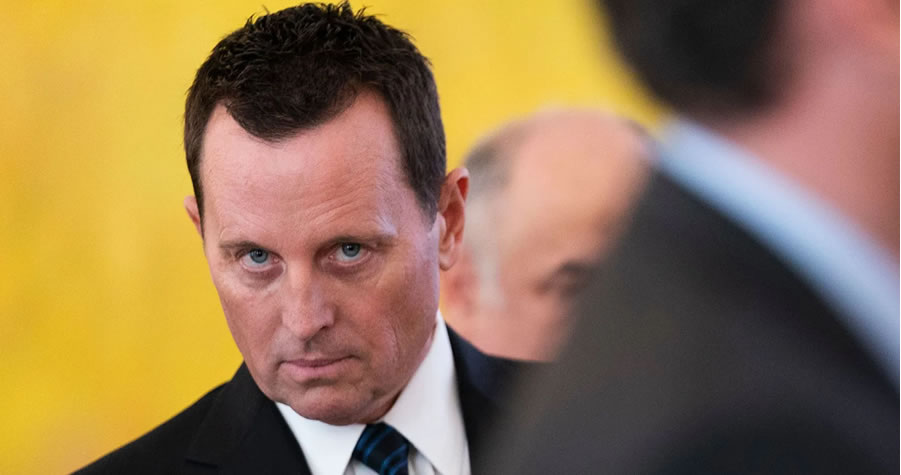 The media ignored a 2020 intelligence community assessment that COVID-19 may have originated in a Chinese laboratory and instead chose to portray the very idea as “racist,” a former intelligence official said Saturday afternoon.

Grenell noted that the nation’s intelligence communities came together to issue a joint statement on the origins of the coronavirus global pandemic in April 2020.

“The entire intelligence community believed either that it was an animal-to-human transmission or the Wuhan lab,” he said.

The U.S. intelligence community closed the statement, which is still available on the ODNI website, by pledging “to rigorously examine emerging information and intelligence to determine whether the outbreak began through contact with infected animals or if it was the result of an accident at a laboratory in Wuhan.”

But the media ignored the second half of the statement, that the virus potentially originated at a laboratory like the Wuhan Institute of Virology, for nearly a year, Grenell said.

For much of 2020, legacy media outlets called any statement that the novel coronavirus may have spread to the rest of the world from a lab “baseless,” a “conspiracy theory,” or a racial attack to divert attention from President Trump’s allegedly inadequate response to the pandemic. Those media outlets have now tried to say that “new” intelligence has made the Wuhan lab story “suddenly” credible.

“I have to be clear, there has been no intelligence released that contradicts or adds to the last statement from 2020,” Grenell said. “Nothing has changed except for the media newsrooms suddenly now are charged up about something that they should have been charged up [about] in April 2020.”

Instead, “the entire D.C. political establishment and media newsrooms all focused on this as a racist comment towards China,” he said. “The narrative was more of a racist tone towards China.”

Acosta asked him, “What do you mean, Ric, when you say that?”